By Miranda Raye on March 8, 2016
Advertisement 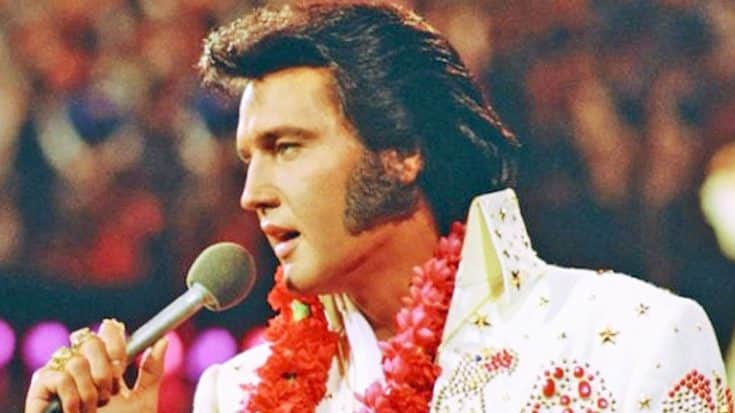 Elvis Presley was proud of his faith, and took every opportunity he could to work it into his music. Some of Elvis’ most successful and beloved albums are his gospel ones, such as His Hand in Mine and How Great Thou Art.

Some of the many gospel songs Elvis recorded throughout his career include “In the Garden” and “In My Father’s House.”

Elvis had a lifelong love of gospel music, and sang these songs and many others as a way of loosening up his voice before concerts and recording sessions.

Stopping A Show To Speak His Mind

Although Elvis had a deep love of gospel music, he was known primarily as a rock and roll star, going on to earn himself the title as “The King” of the genre.

#ItsNotUpForDebate Elvis Presley IS The King Of Rock and Roll!

During a concert in 1974, Elvis addressed what he thought about being called “The King,” and what he had to say may surprise you.

While performing, Elvis noticed a fan holding up a sign in the crowd. Elvis couldn’t read the sign, so he asked the fan if she could step into the light. Although we don’t have a video or photo to show us what the fan’s sign said, according to Elvis’ response it said something about him being “The King.”

First, Elvis thanked her for the compliment in his gentlemanly fashion, saying, “Oh, thank you darlin’, thank you very much.”

But after that, Elvis revealed what he truly thought about being called “The King.”

“The thought is beautiful dear, and I love you for it…I can’t accept this kingship thing because to me, there’s only one, which is Christ.”

How inspiring! You can listen to the full sound clip from the moment below.

We’ve always admired Elvis, but what he had to say at that concert in 1974 made us love him even more!