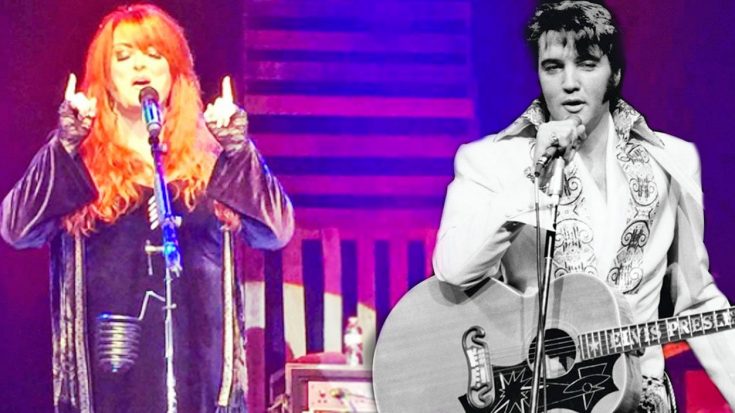 Elvis Presley on the same track as Wynonna Judd? Thanks to high-tech music engineering, these two unlikely duet partners’ mesmerizing rendition of “Santa Claus Is Back In Town” was made possible!

Some of the biggest names in country music came together to record masterful duets alongside the vocal stylings of The King of Rock & Roll in the 2008 festive album, Christmas Duets. Some of the acts include Carrie Underwood, Martina McBride, LeAnn Rimes, and many more.

Judd and Presley’s vocals blend together beautifully, with Judd rolling into the duet approximately a minute in with a powerful growl. The extraordinary quality of the vocal blend will have you begging for more.

“Santa Claus Is Back In Town” was recorded by Presley in 1957 as the opening track on Elvis Christmas Album, the best-selling holiday album ever released in the United States.

You can hear the duet in the video below!