By Manly Bryant on January 25, 2017
Advertisement 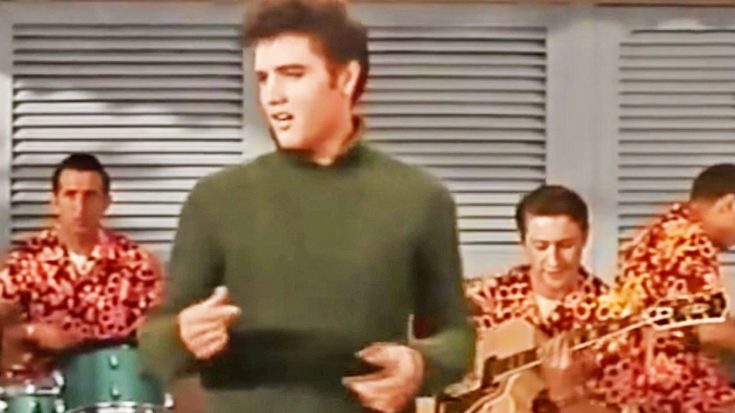 The talent of Elvis Presley is one that comes along but once in a lifetime. In the isolated vocal track for “(You’re So Square) Baby I Don’t Care”, The King proves what fans already knew as true: Elvis can be imitated, but never duplicated.

Taken from the iconic film Jailhouse Rock, the video features Presley singing backed behind a band made silent by sound engineers. The music fades in around the one minute mark, but with a voice like Presley’s, who really needs it?

“(You’re So Square) Baby I Don’t Care” – which features Presley on the electric bass in addition to his stellar vocals – was released in 1957 and reached No.14 on the R&B charts. Buddy Holly, as well as The Beatles, later gave the song a pop makeover.

The song expresses the narrator’s plight of being in love with someone he considers a “square”, out of touch with modern music and romance. However, in spite of all their glaring differences, the narrator reveals he loves her anyway.

You can listen to the isolated vocal track for “(You’re So Square) Baby I Don’t Care” in the video below.