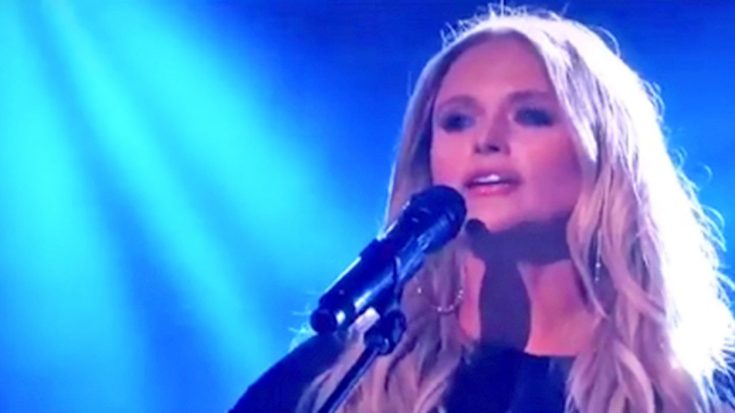 Two days before the 2017 ACM Awards, Miranda Lambert was completely terrified for her upcoming performance.

“I’m nervous. I’m terrified, is the word I’m using,” Miranda told Rare Country after rehearsing her performance in Las Vegas. “I changed my song at the last minute, like, less than 48 hours ago.”

She was slated to perform her third single from her ACM Award-winning album, The Weight Of These Wings, which was “We Should Be Friends.”

Lambert decided to go into a completely different direction and changed it to her emotional tune “Tin Man.”

Standing on the stage with just her guitar, Lambert delivered an emotional performance of the song that references the famous character from The Wizard of Oz who desperately wants a heart. Lambert sings that he is lucky he doesn’t have a heart because the pain of heartbreak is almost unbearable.

This is a performance people have talked about for years not only because Lambert is always amazing, but because of the bravery it takes to perform alone, especially playing a song that is as emotional as “Tin Man” is.  Fans and viewers alike praised it as one of the best of the night.

Watch her incredible performance below.