Ever Wonder The Background Behind What Gives Trace’s ‘Ain’t Just The Whiskey Talkin” Its Buzz? 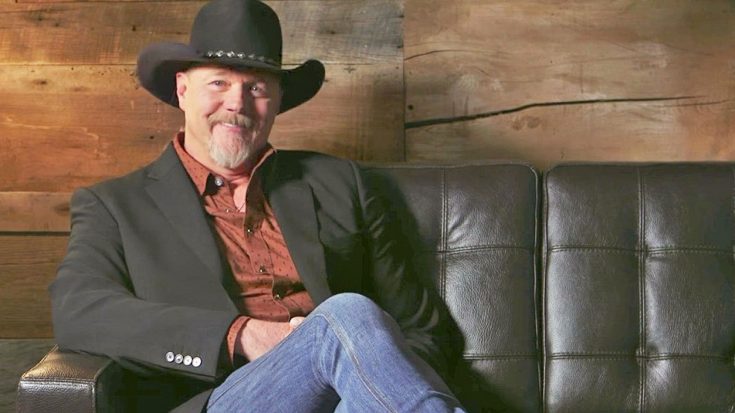 Trace Adkins‘ new album Something’s Going On has no shortage of the smokin’ hot love songs fans have come to expect from him over the years. Exhibit A is the album’s title track, which places its focus on a beautiful and mysterious woman.

Another one of the romantic tunes on Something’s Going On is titled “Ain’t Just the Whiskey Talkin’.” The song is delivered from the perspective of a man who feels attracted to one of the women hanging out in the bar. He keeps trying to tell her how interested he is, making it clear that he would be saying the same things even if he wasn’t drinking.

The song ends without us ever knowing if the narrator succeeded in his mission to woo the woman at the bar. As a result, we’re left to wonder if he convinced her that the attraction he felt was genuine.

As he did for each of the tracks on Something’s Going On, Adkins explained the background behind “Ain’t Just the Whiskey Talkin'” in a “Story Behind the Song” interview he shared on his official YouTube channel. The clips in the series show Adkins seated on a couch in a dimly-lit room as he discusses his thoughts and first impressions of the material he picked for the album.

Speaking about “Ain’t Just the Whiskey Talkin’,” Adkins offered his thoughts on what gives the song its buzz. It all rests in the lyrics, which tell the story of a familiar experience for many people out there:

“How many times have we got to the end of the night, realized that we’ve just been blabbing on and didn’t really mean what we were saying? This is a situation where the guy knows he means what he’s saying, and he has to reassure her this is the honest truth. This ain’t just the whiskey talking and I mean this.”

Adkins wrapped up his short session by calling the song “fun,” and we couldn’t agree more. Between the rocking sound of the guitar, the relatable lyrics, and Adkins’ rowdy delivery, what’s not to love about it?

You can learn more about Adkins’ thoughts on “Ain’t Just the Whiskey Talkin'” by checking out his “Story Behind the Song” clip below. When you’re done, be sure to give the song a listen by downloading the Something’s Going On album here!