By Miranda Raye on January 31, 2017
Advertisement 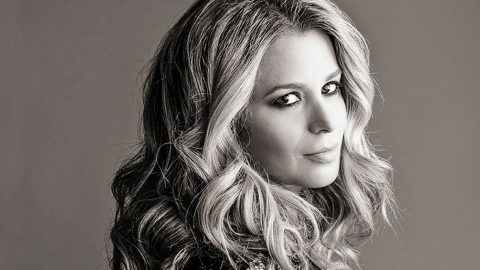 Ana Cristina Cash was born with a passion for music. As the child of Cuban parents, Cash developed a command of both English and Spanish, which led to a successful career in Latin music. Cash was signed to Sony Music’s Latin division at the young age of 15, and recorded a self-titled album done completely in Spanish.

Cash made history in 2005 when she became the first Hispanic artist to ever perform the National Anthem at a presidential inauguration. She was invited to the White House the following year to perform for President George W. Bush once again, where she also sang for the Crowned Prince of Spain.

After years of singing Latin-style music, Cash is ready to embark on a new venture. As Cash revealed exclusively to Country Rebel, she has plans to release a new record called The Tough Love E.P.

Produced by her husband John Carter Cash, the tracks on The Tough Love E.P. showcase Cash’s connections to various genres, including rockabilly, blues, country, and soul. One of the tracks on the album is deeply rooted in country music history, as it was written and originally recorded by country icon John Anderson.

Called “Seminole Wind,” the track was a huge hit for Anderson following its release. The song peaked at the second spot on the U.S. country chart and managed to snag the top spot in Canada.

Now, Cash is ready to leave her mark on “Seminole Wind” with her own unique rendition of the song. As Cash said, the songs on her new record have “a dark and mysterious flair,” and that flair is obvious in “Seminole Wind.” Her rendition is beautifully haunting, so much in fact that it is sure to give you goosebumps when you hear it.

Overall, “Seminole Wind” is a song that suits Cash’s voice perfectly. Her extensive range is showcased throughout the song, as she hits high and low notes with an equal sense of ease. The raw beauty of her voice is undeniable, as you’ll learn once you hear her recording below.