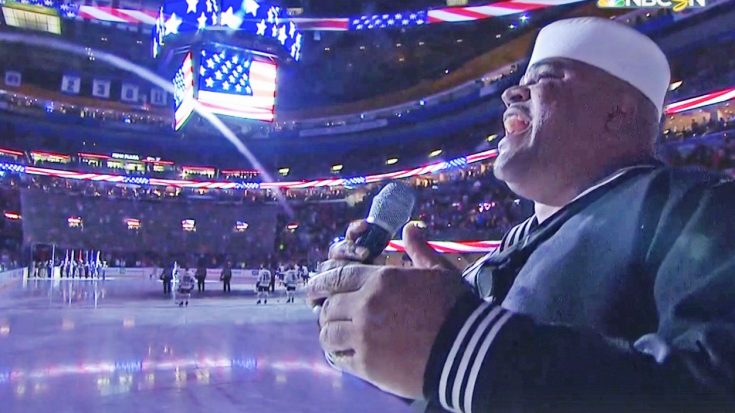 Unity was created within the NHL ice rink before the St. Louis Blues faced off against the Chicago Blackhawks with an explosive performance of the National Anthem.

“Whether you bleed blue or wear the red, regardless of your political affiliation, we ask you to show pride in being an American and your appreciation for all of our country’s veterans,” proclaimed the announcer. “And now to honor those that serve the oppressed, our nation, please rise and sing proudly our National Anthem!”

A soldier comes into view before kicking off his powerful deliverance of the anthem to a packed stadium of 19,000 fans. The vocalist barely gets through the first line before the crowd joins in creating an epic sound of unity that will chill you to the bone.

The love for America these hockey players and the fans who watch it shows the true power the Star Bangled Banner possesses. Blackhawks fans and the Blues fans may oppose each other, but in this moment they became a family under the American flag.

You can watch the performance in the video below and be sure to let us know what you think in the comments!

Whether you bleed blue or wear the red. Regardless of your political affiliation. Show pride in being an American.

Posted by NHL on NBC Sports on Wednesday, November 9, 2016