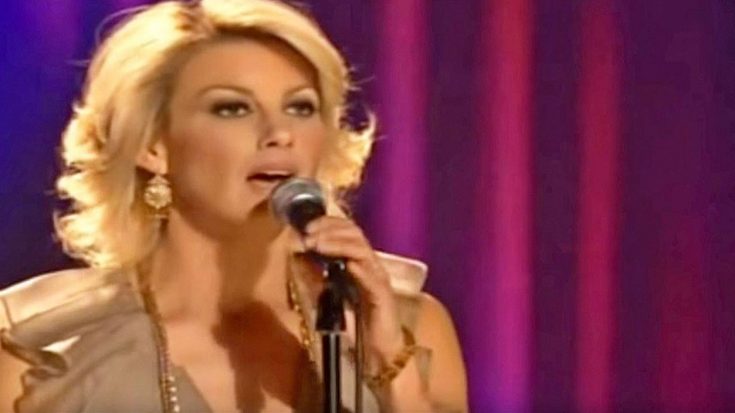 Christmas fanatic Faith Hill will have you instantly in the holiday spirit with this epic performance! Performing at a holiday concert, the country songstress will take your breath away with her mash-up of “What Child is This?,” “Away in a Manger,” and “Silent Night.”

Beginning with 19th century Christmas carol “What Child is This,” Hill delivers a powerful rendition of the chilling hymn. The country singer transitions into “Away in a Manger,” telling the cheerful tale of the birth of Christ before closing out with a her hauntingly beautiful performance of “Silent Night.”

Hill released her first Christmas album, Joy to the World, in 2008 which has sold over 700,000 thousand albums since its release. She is also featured on the soundtrack of the film adaption for How The Grinch Stole Christmas on the film’s signature song, “Where Are You, Christmas?” The song went on to become one of the Top 10 best-selling Christmas singles.

You can watch her stunning performance in the video below!