By Jennifer Pernicano on April 14, 2017
Advertisement 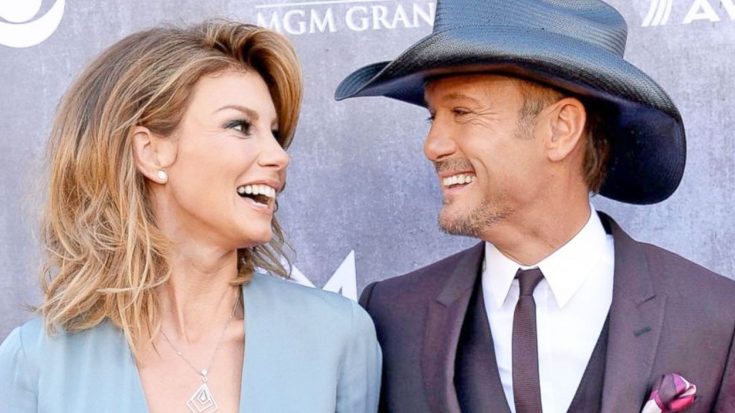 For the past two decades, Tim McGraw and Faith Hill have been country music’s power couple. No scandals, no breakups, just pure love. In a celebrity relationship, it seems that this is a rarity, so the Associated Press wanted to find out what the secret to a long and lasting marriage in the spotlight is.

McGraw added, “But you don’t walk away.”

Both are well aware that life as a married couple, let alone a celebrity couple is not easy, but they wouldn’t change it for the world.

“I would rather live a life in rocky road ice cream than vanilla any day of the week. Honestly, vanilla gets boring after a couple of days,” she said.

“So I’m not vanilla!” McGraw joked.

The couple, who first toured together on the Spontaneous Combustion Tour in 1996, just embarked on their fifth tour together, which according to Hill, is the first time she’s been on a stage of that capacity in about a year.

They just released their latest duet together, “Speak To A Girl”, and performed it for the first time at the ACM Awards on April 2.