Fake Country Boys Get A Stern Talkin’ To In Trace Adkins’ ‘All Hat, No Cattle’ 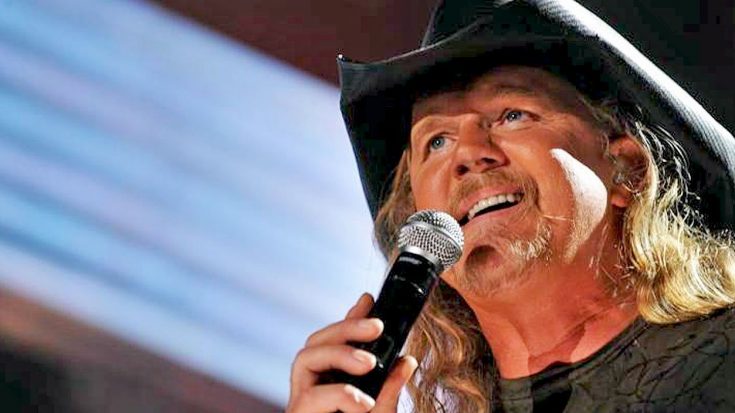 If you’re a true country guy or gal, then you’ve likely encountered a handful of “fake” country people in your life. You know, the type of people who go through all the motions of being country, like wearing plaid shirts and big belt buckles while trying out a fake Southern accent. Yet you know in your gut that they’ve never stepped foot on a farm in their life.

These types of people often get on the nerves of real country folks. It’s a feeling that Trace Adkins echoed in his song,”All Hat, No Cattle,” which appeared on his 1999 album, More…

“All Hat, No Cattle” was written by Tommy Conners and Roger Brown. The song is told from the perspective of a true country boy, who expresses disgust at those who try too hard to be “country.” He sings about these fake cowboys, warning all the gals to stay far away from them:

“He’s just a smooth-talkin’, long-tall slow-walkin’,
Drugstore-made-up dude.
So honey don’t you fall for that fake Texas drawl.
He ain’t right for you.”

Since the song wasn’t released as a single, we would consider it to be the hidden gem on More… Unlike what you’d expect, the song doesn’t have a hard core, bravado-filled tone like some of Adkins’ other songs, such as “Ladies Love Country Boys.” Instead, it takes on a jazzier, more classic country vibe.

But we think that tone is what drives home the message of the song. Like Adkins, “All Hat, No Cattle,” doesn’t try too hard to sound country, it just is.

If you haven’t heard this hidden treasure of Adkins’ before, you don’t know what you’ve been missing! Listen to it in the clip below.

Adkins also brings his cowboy charm to his latest single, “Lit.” This time, Adkins sings about how a good country gal can make any fella go crazy. But more than anything else, it’s her kiss that has the power to light his heart on fire.