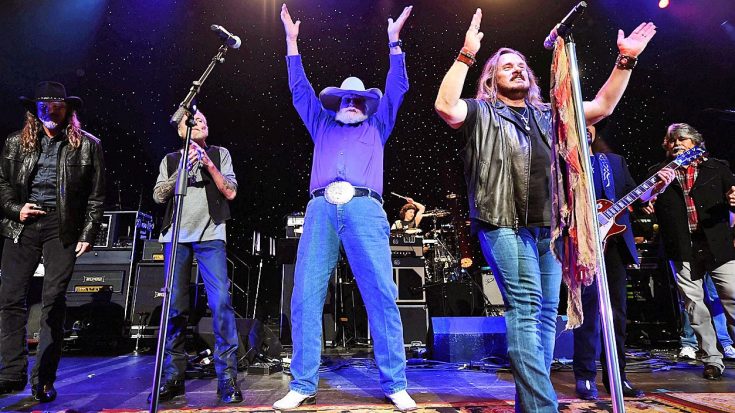 What happens when you bring a whole bunch of artists on stage at a show honoring Lynyrd Skynyrd? Pure magic, that’s what.

Back in November 2014, some of music’s biggest stars came together to honor the world’s leading Southern rock band. They ended up recording a special live CD during the show, which was titled One More for the Fans.

Just a few of the many talented artists that got involved in the show included Trace Adkins, Blackberry Smoke, and Aaron Lewis. One after the other, each artist stepped up on stage to offer their take on some of Skynyrd’s most well-known songs.

Everyone knew which song they had to sing once it came time to wrap things up. That song was none other than “Sweet Home Alabama,” which is arguably Skynyrd’s most recognizable piece.

But rather than just have one artist sing it, everyone involved in the concert got up on stage to sing it together. The members of Skynyrd lead the charge, while the other artists all crowded around various microphones and started singing their hearts out.

Words can’t begin to describe how awesome it was to see so many extraordinary artists in one place. The fact that they were all having a blast singing such an iconic song makes it even better.

This “Sweet Home Alabama” collaboration is one for the record books, that’s for sure. Catch it in the video down below.

Nothing beats good friends and great music. Now that’s how you celebrate!