By Jennifer Pernicano on June 6, 2017
Advertisement 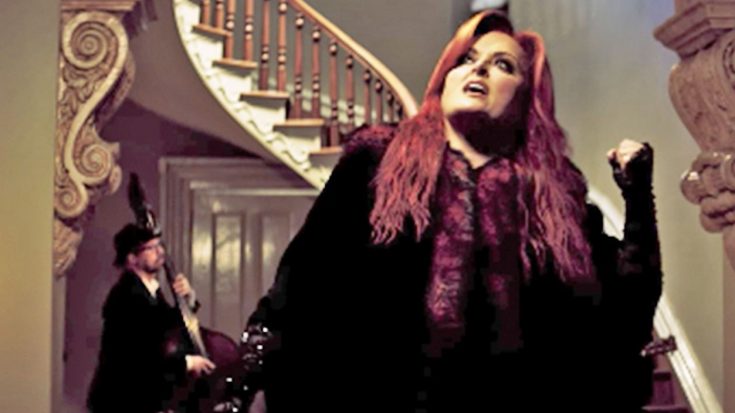 After taking a bit of a break from the mainstream country world, Wynonna Judd is back and better than ever before with a new song called “Keeps Me Alive”. She and her band, The Big Noise, have been traveling the last few years and playing more raw and gritty music than what we’re normally used to hearing her play.

The brand new video, released on Saturday (June 3), features Wynonna and The Big Noise performing the chilling song in an empty mansion when we see a familiar face playing the guitar.

Derek Trucks, nephew of the late Butch Trucks and member of the Allman Brothers Band, The Derek Trucks Band and the Tedeshi Trucks Band, is featured on “Keeps Me Alive”, much to the surprise of viewers.

Fans expressed their excitement for Wynonna’s return, calling it, “worth the wait.”

“A glass of scotch, rain, and prophecy in my head. My soul is in a cabin in Smoky Mountains listening to this song. Beautiful!!!!” raved another.

“Keeps Me Alive” is off her February 2016 album Wynonna & The Big Noise, which debuted at No. 14 on the Top Country Albums chart.

Check out the music video below and let us know what you think.