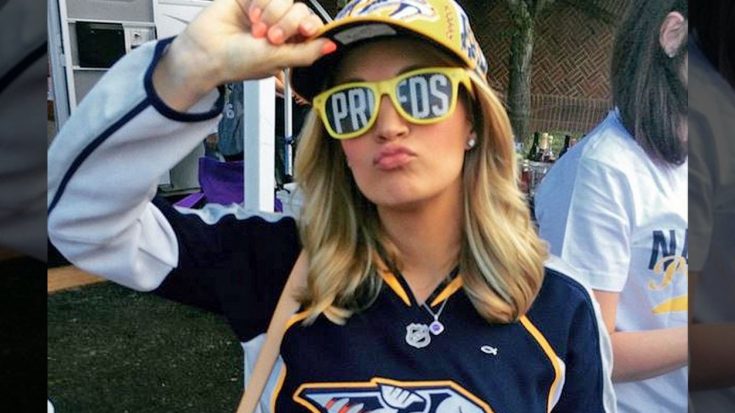 Country music singer Carrie Underwood was given some icy responses after posting an update on Twitter that some took a bit personally. Attending the Anaheim Ducks versus the Nashville Predators game earlier last week in support of her hubby, Underwood tweeted, “Woah, what’s with all the empty seats in Anaheim tonight?! Wouldn’t happen in #Smashville that’s for sure!!” While some fans agreed with the country star, others were a bit peeved that their fandom was questioned due to an event beyond their control.

Woah, what’s with all the empty seats in Anaheim tonight?! Wouldn’t happen in #Smashville that’s for sure!! #NSHvsANA #GoPreds

@carrieunderwood We have jobs, Friday traffic and Angels game. Lots of people live in So Ca which is why real estate is so expensive. Not like Nashville.

Many fans informed the singer that, seeing as it was Friday evening, traffic was out of control and no doubt preventing Ducks supporters from avoiding the madness. However, others were a bit more aggressive in their responses, one user saying, “0 points in the past 12 games for your hubby…maybe you shouldn’t worry about our fans so much and take care of your man.”

While the post attracted a few bitter apples, many fans brushed the tweet off their shoulder and enjoyed the riveting game. Although it was the Predators that snagged the first victory, it was the Ducks that landed the Mother’s Day victory and took home another win. What are your thoughts on the social media conflict?