By Jennifer Pernicano on January 19, 2018
Advertisement 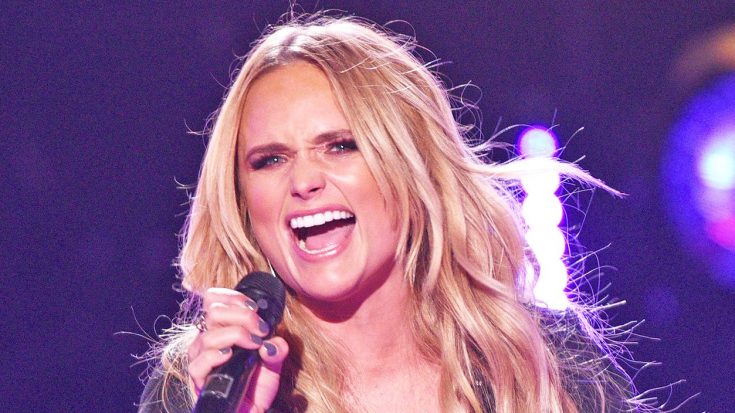 Miranda Lambert’s highly-anticipated Living Like Hippies Tour kicked off in January 2018 in Greenville, South Carolina. She performed many of her hits from over the years, including the fan-favorite, sassy as can be “Little Red Wagon.”

It’s such a fun song to sing along to, and Lambert really ups the attitude when performing it. It seems she has chosen to change a couple of the lyrics to represent her life now, rather than sing it as she recorded it for her Platinum album back in 2014.

Lambert’s “Little Red Wagon” is actually a cover of singer Audra Mae’s 2012 song with a few lyrics changed. In Audra Mae’s version, she sings, “You only love me for my big sunglasses/And my Tony Lomas/’Cause I’m from Oklahoma.”

For her recording, Lambert sang, “You only love me for my big sunglasses/And my Tony Lomas/I live in Oklahoma,” because at the time, she was residing in Oklahoma with then-husband Blake Shelton. Since their 2015 divorce, Lambert moved back to her hometown of Lindale, Texas, and then to Nashville, Tennessee.

At her Jan. 18, 2018 concert, she changed that lyric to, “I got the hell out of Oklahoma,” prompting fans to scream at the top of their lungs. A few fans actually sang along to that part, which makes us believe she’s sung this version a few times before.

She has continued to sing the song this way during her live shows. Watch the clip of her singing altered lyrics to “Little Red Wagon” below.