Fella Cracks Open A Beer, Grabs His Guitar, & Out Comes ‘The Ballad Of Curtis Loew’ 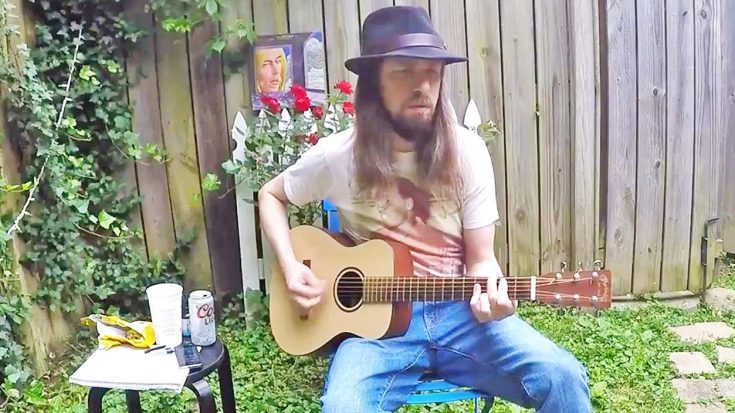 Told from the point of view of a young man reflecting on his childhood, the song focuses on the titular character “Curtis Loew.” The narrator describes Curtis as “the finest picker to ever play the blues,” and speaks of how he used to play his dobro for him.

But it seems that the narrator was the only one who held Curtis in high regard. As he later reveals, after Curtis passed away, no one in the town seemed to care at all.

The mournful, bluesy song has come to be one of Skynyrd’s most admired tracks. As a result, it is frequently covered by Skynyrd fans, and is actually one of the most common Skynyrd covers out there.

Typically, “Curtis Loew” covers are performed acoustically, which is fitting for the tone of the song. Such a cover was performed by one fella who sat down with his guitar, cracked open a beer, and let “Curtis Loew” flow out of his soul.

Named Nick Swan, this guy had apparently intended to film himself singing “Curtis Loew” for some time. As he wrote in his video’s description, “Always one of my fav Skynyrd tunes, just now getting around to doin’ it.”

We’d say that the wait was worth it, because Nick ended up delivering a pleasing version of “Curtis Loew.” It seems natural coming from him, like he really feels it and wants to share the story. Maybe that’s because it’s one of his favorite Skynyrd songs!

Nick’s performance is sure to become one of your favorite “Curtis Loew” covers once you check it out in the video below. Browse through some of his other material by visiting his YouTube channel here!