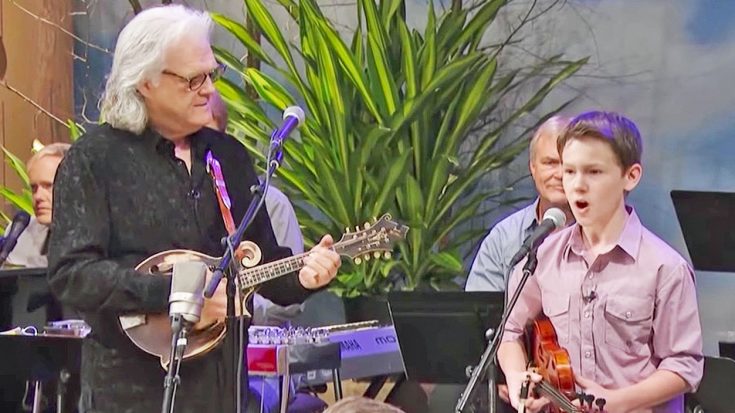 If one person could define the phrase “child prodigy,” it would be Carson Peters. The 12-year-old singer and musician has been playing fiddle for almost his entire life, starting at the age of three. Since then, he has won over thousands of country fans with his natural-born talent.

In 2014, Peters got the chance to live a dream come true when country music icon Ricky Skaggs invited him to play with him at the Grand Ole Opry. Just two months later, Peters returned to the Opry stage to perform with his own band. He is now a seasoned performer at the Opry, as he has played there numerous times over the past two years.

Peters has also continued to maintain a connection with Skaggs. When Peters made his Ryman Auditorium debut in July 2014, he did so with Skaggs by his side. The two continue to collaborate today, as they recently did on the show Country’s Family Reunion.

The two played a song that has come to be synonymous with Peter’s name over the years. That song is “Blue Moon of Kentucky,” which he famously played when he made his Opry debut.

“Blue Moon of Kentucky” was written in 1946 by the “Father of Bluegrass” himself, Bill Monroe. It has been recorded by a number of notable artists over the years, including Elvis Presley, Patsy Cline, and the Stanley Brothers.

The song has become Peters’ go-to piece, as it allows him to showcase his talents as both a singer and a fiddle player. Those talents were placed on full display in his Country’s Family Reunion performance with Skaggs.

Skaggs takes a back seat in this performance, allowing Peters to be the center of attention. But he does help provide support by playing along on his mandolin, and at one point the two engage in a pretty epic bluegrass jam session.

If you’ve ever heard Peters sing before, you can definitely tell that his voice is starting to mature. But one thing that hasn’t changed is how much he can captivate a crowd. Just look at the small audience that gathered on Country’s Family Reunion…you can tell they were impressed!

Peters and Skaggs are sure to knock your socks off with this performance. At the least, they’ll get your toes tapping along!

Considering that Peters is only 12, we can’t wait to see how he grows as a performer!