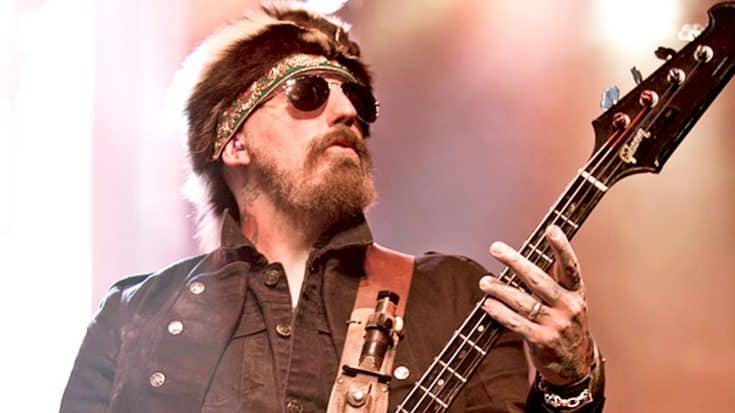 After bass player Robert Kearns left Lynyrd Skynyrd, the band brought on Johnny Colt, the former bass player in The Black Crowes. Johnny knew he had big shoes to fill once he joined in 2012, so he spent countless hours studying old footage and recordings of Skynyrd in hopes that he could learn how to play all of their classic songs.

However, no matter how much studying Johnny did, he struggled to make his sound fit Skynyrd’s. He asked the other guys if they remembered how late bassist Leon Wilkeson played his parts, but no one did. Just when he was getting discouraged, Johnny came across some old clips of Leon playing, and that’s when it all clicked for him.

In an interview with Bass Guitar Magazine, Johnny said he realized the secret to Skynyrd’s rhytmn section in the past was that Leon and late keyboardist Billy Powell always created their parts together. Since their parts were connected in every song, Leon and Billy managed to create a unique sound on their own, which turned into something truly one of a kind when paired with the guitars and drums:

“What’s happening with the guitars is that they’re lined up and playing straight, but Billy and Leon are always driving towards elliptical patterns…There’s a reason why, when you hear a cover band play a Skynyrd song, it never sounds right. It’s because Skynyrd’s rhythm section is unique in that there is no point in any Lynyrd Skynyrd song where Billy and Leon don’t know exactly what each other is playing the entire song.”

Once Johnny figured out the connection between Leon and Billy’s parts and studied Leon’s playing technique, he went to the next rehearsal and tried to mimic the way Leon played the bass part in “Sweet Home Alabama.” His playing was so true to Leon’s style that founding member and guitarist Gary Rossington was stunned beyond belief.

Since then, Johnny has continued to rock Skynyrd’s rhytmn section, as made clear in the video below of the group’s performance of “Sweet Home Alabama” at the Florida Theatre. Hope you enjoy it!