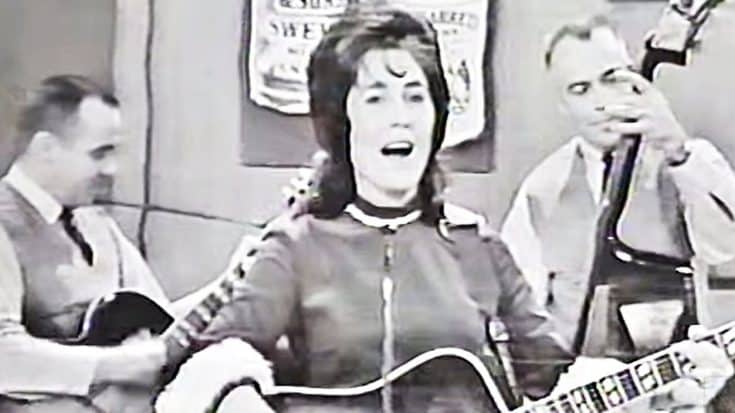 Loretta Lynn is a country music legend, but she had to put in a lot of hard work to get to where she is today.

Over half a century ago, when Lynn first started her career, she worked for nothing more than applause and exposure. Her strategy worked, because she was known well enough that she was invited to compete in an amateur talent competition on a TV show run by country singer Buck Owens.

Lynn ended up winning the competition, and after that started singing on Saturday nights for $5 a night.

Lynn, who came from an impoverished background, was thrilled with her $5 weekly salary. She saved up enough money to buy a white cowboy hat, a pair of boots, a black skirt with fringe, and a western shirt with red roses printed on it.

“Annie Oakley couldn’t have held a candle to me,” Lynn says, laughing as she remembers the outfit. “I’m telling you, I thought I was the prettiest thing to ever hit the street.”

Lynn went on to perform on the Grand Ole Opry stage for the first time on October 15, 1960. She was only 25 at the time, and had just had her first single “A Honky Tonk Girl,” appear on the country singles chart. The single eventually peaked at the 14th spot on the chart in just a matter of nine weeks.

Two years later, Lynn became an official member of the Opry, and her career only continued to soar from there. Now, Lynn has sold a total of over 48 million albums and is the most awarded female country music artist.

Lynn serves as proof that you always have to keep working toward your dreams, even if no one recognizes your hard work at first.

Watch the video below to learn more about the start of Lynn’s career in country music!