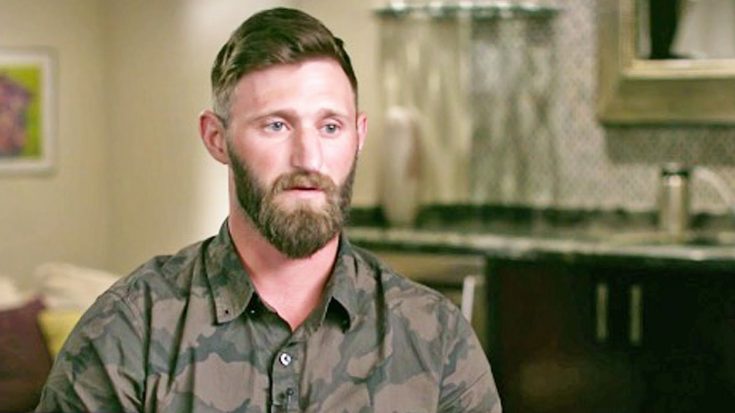 Following the deadly shooting that took place at the Route 91 Harvest Festival in Las Vegas on Sunday (October 1), stories of heroism began popping up all over social media. Without giving it a second thought, many concertgoers put their own saftey aside to come to the aide of others.

One of those people was Taylor Winston, a former Marine and a product engineer for Country Rebel.

Winston designs all of the wood products, flasks, and keychains that you see on the Country Rebel site. He also designs personalized products for the artists that visit Country Rebel headquarters, including Trace Adkins and William Michael Morgan. In addition to working for Country Rebel, Winston is an active member of the country music community in San Diego. He can frequently be seen dancing up a storm at the tailgates and country concerts that take place in the area.

Winston also has close ties to the country music community in Las Vegas. He often visits Stoney’s Rockin’ Country, a honky-tonk known as the center for all things country music in Vegas. Since Winston already frequents the Vegas country scene, the Route 91 Harvest Festival seemed to be the perfect event to attend. Winston and a bunch of his friends got together to go to the festival, and managed to snag a spot close to the right side of the stage.

According to CBS, Winston and his friends were near that side of the stage when gunshots rang out during Jason Aldean‘s set. The crowd took off running, but Winston said there was a fence blocking them in.

“Once we got to the fence, I helped throw a bunch of people over, and got myself over,” he said. “It was a mini war zone but we couldn’t fight back.”

Winston ended up coming across a bunch of work trucks, and had the thought to take one of them to help transport the wounded to the hospital. According to The Daily Beast, after being to many country music festivals in the past, Winston had the inkling that one of the trucks may still have its keys inside.

“So I just crossed my fingers and it turned out to work out,” he said.

Winston and his friend, Jenn Lewis, began looking for people to take to the hospital. They helped the injured into the back seat and bed of the truck and drove off to the Desert Springs Medical Center.

But Winston didn’t stop there. He returned to the site of the shooting to take another truckload of people to get help. In total, Winston says he probably rescued 20-30 injured people and got them to the hospital.

Since Winston was focused on rescuing those who were in “the most serious critical condition,” he isn’t sure if everyone he saved survived their injuries.

“There’s a few that I don’t think probably made it,” he said. “They were pretty limp when we were pulling them out of the truck, but they still had a pulse, so I’m hoping for the best.“

One of the people that Winston saved turned out to be the sister of one of his friends. He said he didn’t even recognize her at the time because he was so focused on helping people to safety.

Winston, who served two tours in Iraq, believes that his military training and experience helped compel him into action during the shooting. While people have been calling him a hero because of what he did, Winston points out that he wasn’t the only one who helped save people that night.

“There was a lot of bravery and courageous people out there,” he said. “I’m glad that I could call them my country folk.“ You can learn more about Winston’s story by watching the video below. We are so proud to call him one of our own.

If you’d like to help the victims and families affected by the Vegas shooting, you can do so by donating to the verified GoFundMe fundraiser for the Las Vegas Victims’ Fund. The fund was established by the Clark County Commissioner and the Las Vegas Sheriff, and as of press time, has raised over $3 million.