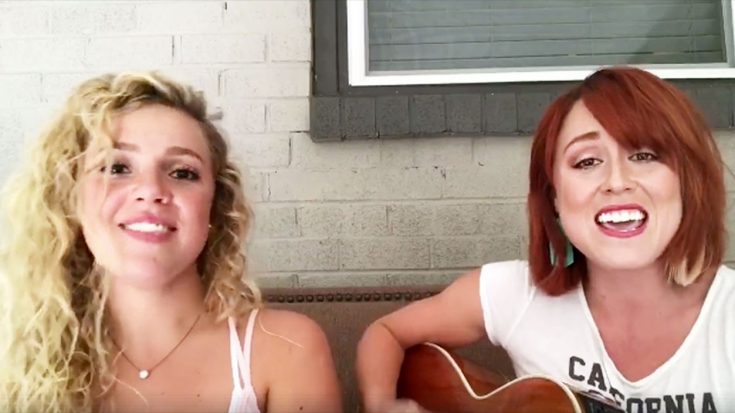 Two former Voice contestants joined forces to produce a phenomenal “Delta Dawn” cover that revamped the hit into the holy grail of country covers. Season 12 contestants Casi Joy and Ashley Levin reunited in Nashville for a duet they admitted they’d been eager to record.

Covering the Tanya Tucker classic, the two talents produced chilling harmonies that immediately piqued the interest of fans and viewers. “Delta Dawn what’s that flower you have on?/ Could it be a faded rose from days gone by?/ And did I hear you say he was meetin’ you here today/ To take you to his mansion in the sky,” they angelically sang, alternating between solos and riffs.

The performance had viewers begging for more of the girls’ unbelievable talent, both collectively and individually. It’s no surprise their uncanny vocals made them favorites during their battle on the NBC singing competition, although fans desperately hope for these two talents to continue their journeys into music.

“Delta Dawn” was recorded by Tucker in 1972 and became a career staple for the country star. Residing on a same-titled album, the ballad has continued to be covered by doting artists and musicians.

Be sure to listen to this jaw-dropping cover below!