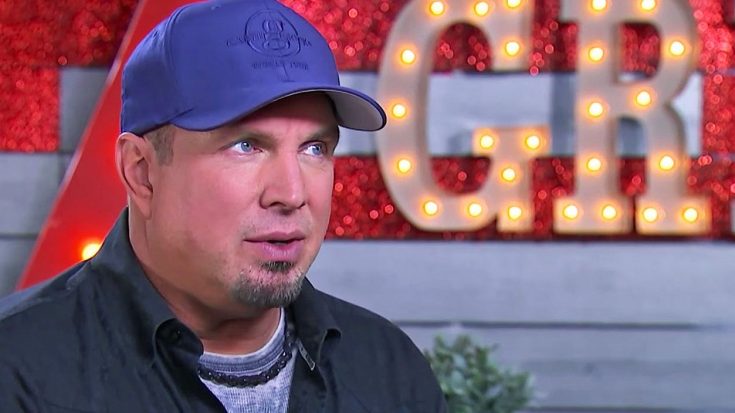 Country music stars have been taking over The Voice this season! First, Tim McGraw and Faith Hill signed on to serve as key advisors on the show. Now, reigning CMA Entertainer of the Year Garth Brooks is set to mentor the final 12 contestants.

Brooks made the big announcement about his Voice role just days after he took home the Entertainer of the Year Award at the CMAs for the fifth time in his career. He’s still in awe over the honor, telling Access Hollywood, “People say ‘does it get old to you?’ And the thing is, I think the older you get, the more rare it happens. So this one feels kind of like, very special, the most special.“

When it comes to choosing an advisor, it seems The Voice made a good choice in Brooks, since he clearly knows the ropes of performing. In fact, he revealed they’ve actually been asking him to come on the show for years now:

“They’d been sweet enough to ask and ask over the years and stuff. And we’re just kind of getting back into the flow of things again.”

It’s clear that The Voice wanted Brooks to be a mentor on the show. But why did Brooks finally decide to say yes this time around? He answered that it was all a matter of satisfying his curiosity.

“I really wanted to come,” he said. “I think it was just kind of wondering what it was all about. Could it be this cool? It is, these people are cool.“

You’ll be able to watch Brooks mentor the Voice contestants on Monday night’s (November 14) episode. But that’s the only night he’ll be on there, so don’t miss it!