By Jennifer Pernicano on October 9, 2017
Advertisement 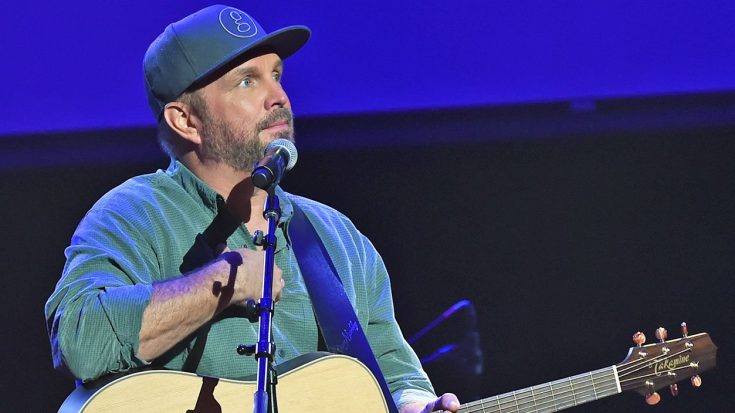 Less than a week after the horrible Las Vegas shooting on October 1, country superstar Garth Brooks fulfilled a promise he made on October 2.

The day following the shooting, Brooks did a special Facebook live session and issued a tearful plea to his fellow country music artists.

“We don’t have a gig until Thursday in Indianapolis. We’re gonna get a second to digest this. I can’t imagine the people, the artists that have gigs tonight. And I know you’re probably wondering what to do. Here’s my advice. The show must go on. It just does,” Brooks said.  “All things good start with you. If you believe it, start it up. I’ll be the first.”

Staying true to his word, Brooks performed in Indianapolis on October 5 and paid tribute to the victims of the tragedy by wearing a black shirt that said, “For Vegas” on the front. According to the Indy Star, his entire crew also wore the “For Vegas” shirts.

We will continue to keep the victims of the Las Vegas shooting, and their friends and family, in our prayers.

See Brooks’ “For Vegas” shirt below.

Garth Brooks brings the energy to Banker's Life Fieldhouse in Indy this evening for opening night of his four-day, five-concert stop on the Garth Brooks World Tour with Trisha Yearwood. Brooks and his entire crew wore shirts reading “For Vegas” at the show. (Photo by @jennajulyaugust) • • • • #garthinindy #garthbrooks #indy #trishayearwood #forvegas #vegasstrong #vegas