By Manly Bryant on October 25, 2016
Advertisement 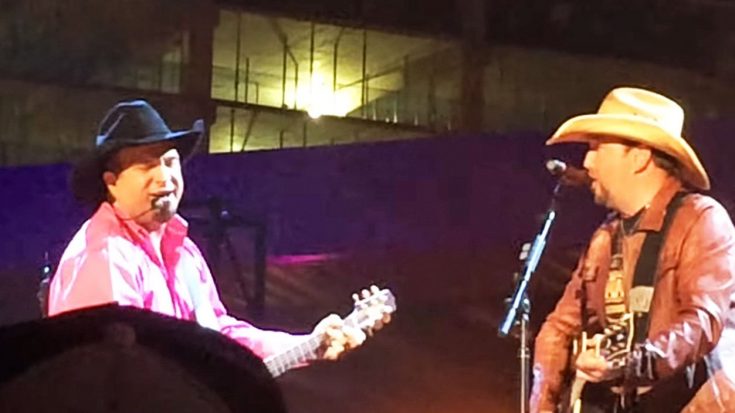 Garth Brooks held a free celebration for fans at Nashville’s Ascend Amphitheater in honor of his previously awarded 7th Diamond Award, surpassing the Beatles who formerly held the record at a notable six awards! While explaining the event to Rolling Stone Country, Brooks described,

“The way to understand what this thing is, take the word ‘show’ out of it and think of it as a celebration.” He continued, “We are going to come together and celebrate the seven Diamonds…”

And that they did! Perhaps the most memorable act of the night, Brooks called for a little help from country music comrade Jason Aldean! Additionally, the “Rodeo” singer formally introduced longtime band member Jimmy Mattingly, noting his valuable musical presence in Brooks’ hit song “Much Too Young”.  As Mattingly kicked off the iconic opening to the highly relatable tune, the audience began to cheer and encourage the musicians! Aldean initiated the opening lyrics, later being joined by Brooks for what was called the event of a lifetime!

The audience joined the singers in carrying the lyrics, watching them in awe and utter disbelief for the incredible night they were able to experience for no price due to Brooks’ gratitude and yearning to give back to those who made him the legend he is today.

Be sure to watch the performance below and tell us what you thought!