Garth Brooks Jumps Us Into Thanksgiving With Inspiring New Release

By Manly Bryant on November 22, 2016
Advertisement 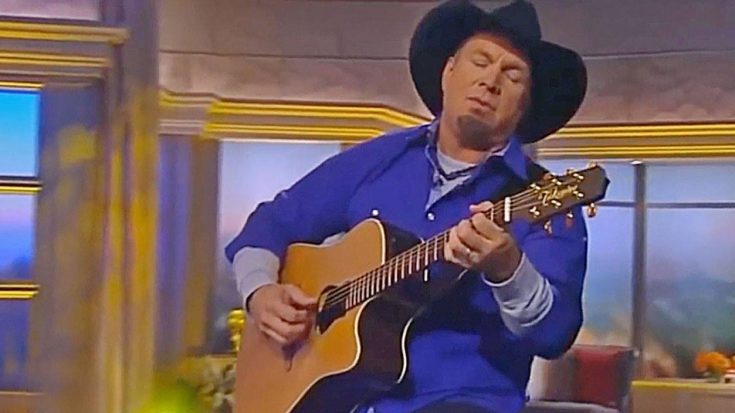 Garth Brooks has celebrated quite a year, from winning his world-record breaking 7th Diamond Award to snagging the CMA’s 2016 Entertainer Of The Year Award just to name a few. Brooks has also released a dazzling Christmas album with his lovely country star wife, Trisha Yearwood, titled Christmas Together, capturing incredible duets that are sure to put you into the holiday spirit!

Amidst his busy schedule, the legend sat down with the lovely ladies of The View to talk fatherhood, marriage, having a stellar career, and to treat the ever so lucky audience to a live performance of one of his inspirational song on his recent Christmas album.

“I love this song… The greatest gift you’ve got is the time to reflect on what you’re thankful for,” the singer explains. Requesting permission, he gradually begins his performance of the song “What I’m Thankful For”, growing noticeably emotional as he sings the incredibly moving lyrics.

Brooks’ album recording of the song was done with the legendary James Taylor, as the singer formerly expressed how starstruck he was to sing with such an icon.

Check out his performance below.