By Miranda Raye on November 20, 2017
Advertisement 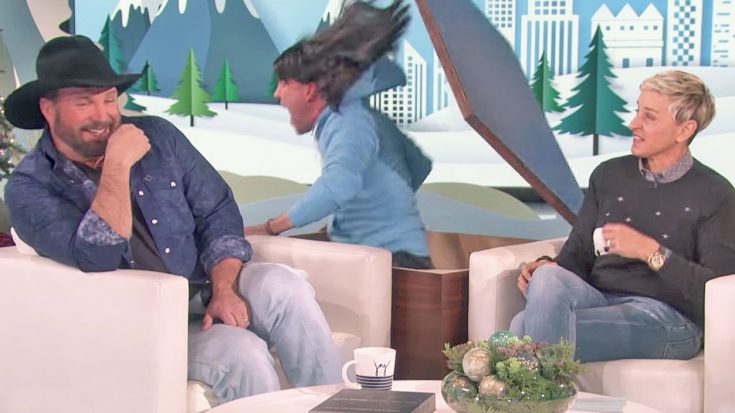 Country stars certainly haven’t been immune to DeGeneres’ antics. One of her most famous scares was when Carrie Underwood stopped by the show in September 2016. In the middle of her interview, a man dressed like Underwood’s husband Mike Fisher popped out of the side table and sent Underwood into a fit of high-pitched screams.

That’s how the scares usually work on DeGeneres’ show. The celebrities are completely taken aback and react with hysterical screams, or sometimes even jump out of their chairs!

But things didn’t follow the typical pattern with another country star…Garth Brooks. It all went down when Brooks stopped by to talk with DeGeneres following his big win as the 2017 Entertainer of the Year at the CMA Awards.

DeGeneres led up to her scare by talking to Brooks about his last visit and how he scared her show’s producer. She played a clip of that moment, which was supposed to keep Brooks distracted so that he would be off guard for the scare DeGeneres had planned.