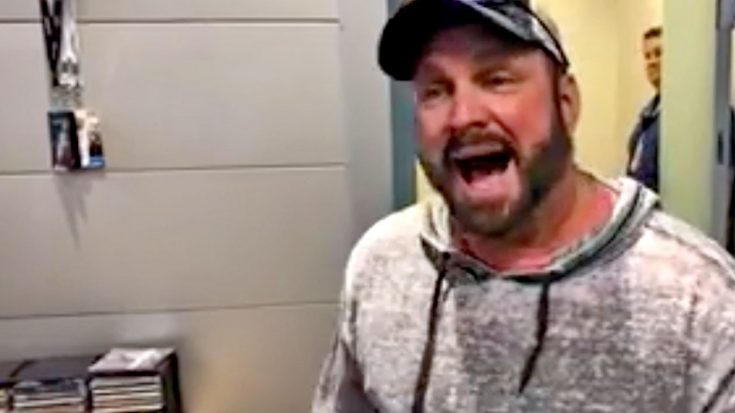 This country crooner knows how to make someone’s day!

When one teenager was forced to miss the concert he’d been looking forward to because of a terrifying car accident, country music legend Garth Brooks took matters into his own hands.

According to Kansas City’s KSHB 41 News, Jake Stroud was traveling to see Brooks perform during a recent Memphis, Tennessee concert when he was involved in car accident that left him trapped beneath his pickup truck. His injuries were severe and left him with multiple broken bones including the largest bone in his body, his femur, and several in his arm. Just moments after the crash, the young super fan was apologizing to his girlfriend for missing the concert – that’s how important seeing Brooks was.

Soon, news of Stroud’s accident and missing the concert made its way across various channels of social media and eventually caught Brooks’ attention. That’s where this story takes an amazing turn!

Recovering in a local hospital, Stroud was still bummed that he had to miss the concert, but thanks to his friends and family, a campaign to get Brooks to visit the teen caught the superstar’s attention – and had a profound impact on Stroud’s spirits.

While Brooks couldn’t personally go visit young Stroud in the hospital, he did the next best thing and sent him an incredible care package filled with dozens of signed merchandise, t-shirts, hats, CDs and much more.

“I was just shocked at as many things as he sent me,” The teen said about the experience. “He didn’t have to do anything for me. I was just going to his concert. Shows what kind of person he is.”

The young man is still hoping to see Garth Brooks soon and his excitement has only grown since receiving this incredible gesture from his favorite country singer.

Our thoughts and prayers for a speedy recovery are with Stroud as he continues to heal.

Watch the full report below and let us know what you think in the comments!