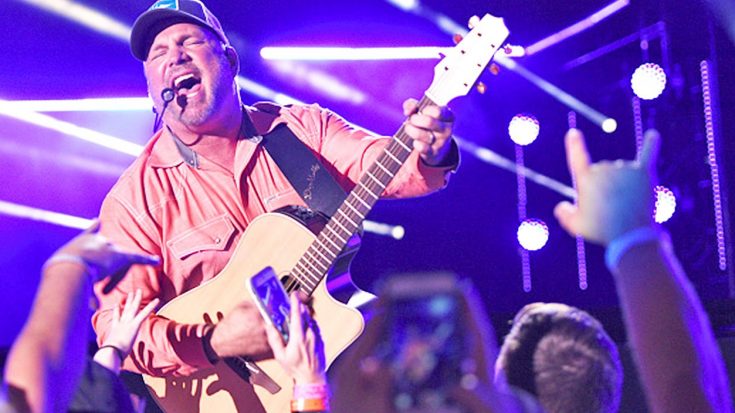 Garth Brooks and Trisha Yearwood teamed up to break in Atlanta’s new Mercedes-Benz Stadium with the first concert to take place on the massive stage Thursday (Oct.12).

Brooks took the 90-yard stage which was built on the Atlanta Falcons’ field, spanning from one 5-yard line to the other 5-yard line. The country music superstar chose to christen the stage with an electrifying rendition of Charlie Daniels’ iconic “The Devil Went Down to Georgia.”

“Our job is to make [the concert] as warm as we can,” Brooks told the 73,000 people packed into the stands according to Nash Country Daily. “And with the stage reaching from 5-yard-line to 5-yard-line, we’re going to be close. The front row is something stupid, like over a thousand seats. That’s how a concert should be, right there—where every seat feels like it’s front row.”

Following his enthusiastic performance, Brooks proceeded to rock the stadium with performances of some of his biggest hits, including “The Dance,” “Friends in Low Places,” “The River,” and many more.

Prior to Brooks’ set, his beautiful and talented wife took the stage, thrilling fans with a packed set of her respective biggest hits. Additionally, Former President Jimmy Carter joined Yearwood on stage to thank her on behalf of the entire Peach state for her support over the years.

“I’m so proud to be from here, you know,” said Trisha. “I’m proud for Atlanta. I’m proud for Georgia to have this stadium. It is amazing for this city. I’m honored to be a part of it.”

Brooks closed out his show during the 5-song encore with a dedication to the lives taken at the Route 91 Harvest music festival shooting in Las Vegas, performing an a cappella rendition of “The Change” in their honor.

You can watch Brooks’ take on “The Devil Went Down to Georgia” below.