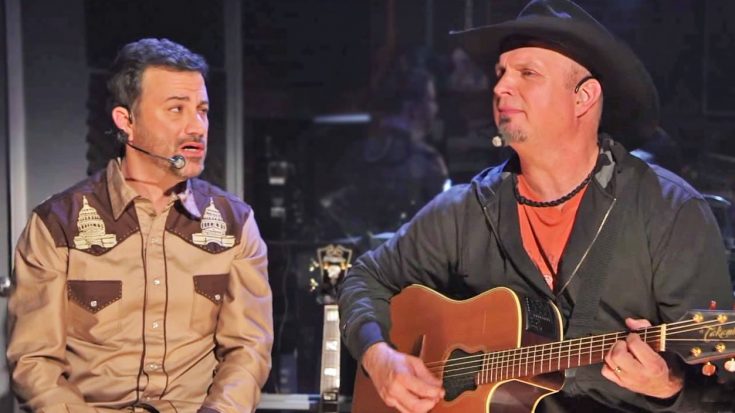 Garth Brooks is the most selling solo artist in history with album sales exceeding 11 million units, making him the go-to man when looking for a foot in the door of the world of country music. Talk show host Jimmy Kimmel came to the country singer with hopes of writing the next “big country hit.”

“I feel like I have a lot to say, and to share, and most of all I think I would like to sell 11 million copies of a record,” said Kimmel. “I need your help though because I don’t know how to sing really, or write songs, or play guitar.”

Brooks reassured the talk show host that “you don’t need to know any of that stuff.” The two then dive into possible topics they could write about, throwing out ideas ranging from trucks to pizza before ultimately landing on breakdancing.

Kimmel shares a story of a time he took breakdancing lessons that didn’t quite go his way, to which Brooks responds, “You got your subject right there…There’ll be a lot of guys sittin’ there staring into their beer listening to that lyric. Because all of us want to break and lock.”

The two then jump into the recording studio with hopes of recording the next big country song. You can watch it all go down in the video below and be sure to let us know what you think in the comments!