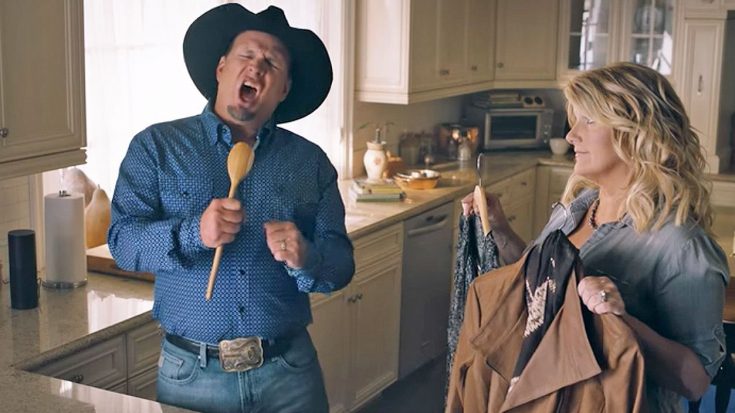 Amazon has recruited husband and wife entertainers Garth Brooks and Trisha Yearwood to film a series of commercials that showcase their hottest product: Amazon Echo. Acting similar to Apple‘s “Siri” feature, the device responds to “Alexa” and runs on voice command to control smart devices. While users continue to rave about the product, Brooks and Yearwood are here to seal the deal with a bit of humor for those folds who just aren’t buying the concept!

The two were aired in a series of 4 commercials, showcasing hilarious encounters involving Alexa’s capabilities and some good ole’ laughs at marriage. One commercial in particular showcases the husband and wife dancing to their recording of the Christmas classic “Baby It’s Cold Outside”, as Yearwood interrupts the moment to ask Alexa what the current temperature is. As Alexa responds with “It’s 57 degrees,” Yearwood pats her husbands arms and laughs, “Yeah, you’re still gonna have to mow the lawn.” Brooks sighs in defeat for husbands worldwide, accepting his fate.

But the laughs don’t stop there! Although the commercials contain a large amount of references to Brooks’ music and attire, it also accentuates the outstanding capabilities of this incredible device! Check out the commercials and tell us what you think!