By Jennifer Pernicano on May 19, 2015
Advertisement 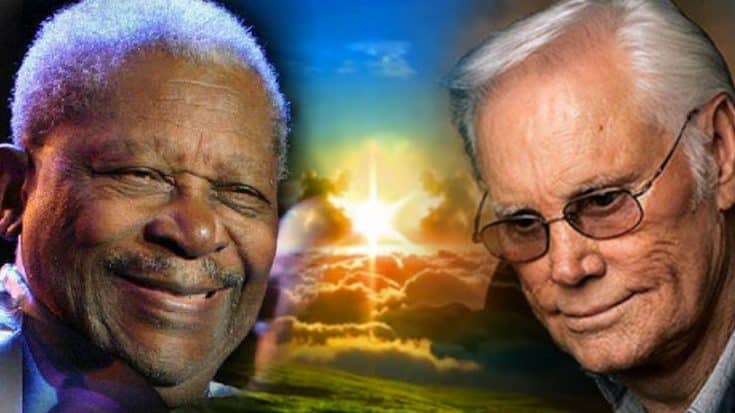 George Jones and B.B. King were probably two of the most influential musicians during their career. So, why not team up and make a musical masterpiece?! The two recorded a remake of the classic song “Patches” in 1994 as part of the compilation album Rhythm, Country and Blues.

Originally recorded by the soul band “Chairmen of the Board” in 1970, Jones and King gave their own touch to the 1971 Grammy Award-winning song.  Many people have covered this song, but no one has done it quite like these two.

The album features duets between country and R&B artists singing classic songs.  The album debuted at number one on Billboard‘s Top Country Albums chart and number 15 on the Top R&B/Hip-Hop Albums chart. It also features duets from Gladys Knight and Vince Gill, Conway Twitty and Sam Moore, Natalie Cole and Reba McEntire, and many more. Their version of “Patches” features a soulful guitar solo along with gritty vocals from King and a soulful country approach from Jones.

King passed away May 14, 2015 at age 89 and Jones passed away in 2013 and age of 81.  Take a look at the extraordinary collaboration of these two music legends.  We guarantee it will have you swaying back and forth with the beat. Enjoy.