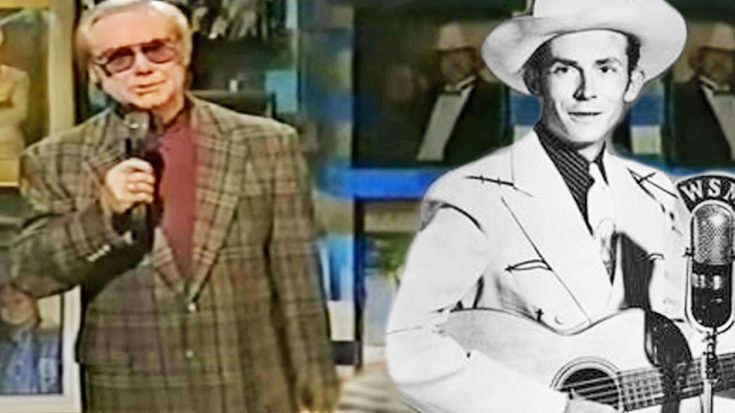 Jones executed a perfect delivery of the country classic, displaying his strong southern vocalists that have earned him the title as “one of the finest vocalists in history.” While he maintained a stoic expression throughout much of the song, the emotional depth of the song still came across through his powerful vocals.

The song artfully articulates the narrator’s frustration with his love interest for not reciprocating his feelings for her due to walls she put up after a terrible romance in the past. While the exact muse whom inspired William’s heartbreaking ballad has been highly debated on, it is widely believed his ex-wife Audrey is the root of song’s inspiration.

Williams released “Cold, Cold Heart” in 1951 and it quickly soared to No.1 on Billboard’s Hot Country Singles. The song has since been entered into the Great American Songbook and went on to be a hit for pop singer Tony Bennett.

You can watch Jones’ rendition of “Cold, Cold Heart” in the video below!