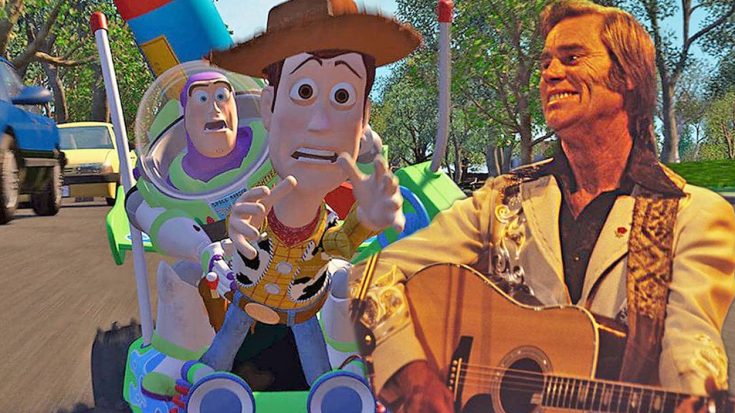 Fans were thrilled when Disney’s collaboration with “The Best Of Country” gifted them with their favorite childhood tunes sung by their favorite country artists! The company, credited with making fairytales come true and instilling the prince or princess inside of our childhoods, snagged a piece of country music royalty of their own, recruiting legend George Jones to team up with country singer  Kathy Mattea for a beautiful rendition of “You’ve Got A Friend In Me”.

The two country singers kicked off their countrified performance of the Toy Story hit, alternating between lyrics and giving the iconic tune their sweet, southern sound. “You’ve got troubles, and I’ve got ’em too/ There isn’t anything I wouldn’t do for you/ We stick together and can see it through/ ‘Cause you’ve got a friend in me/ You’ve got a friend in me,” they vibrantly sang, revamping the classic!

Originally written and recorded by Randy Newman, “You’ve Got A Friend In Me” became the theme song for not only the original 1995-released movie Toy Story, but for its following sequels, as well. Becoming a staple to the film and characters, the tune has continued to permeate from generation to generation in light of its upbeat tune and friendly message.

You can listen to Jones and Mattea’s stellar cover below!