By Miranda Raye on January 5, 2017
Advertisement 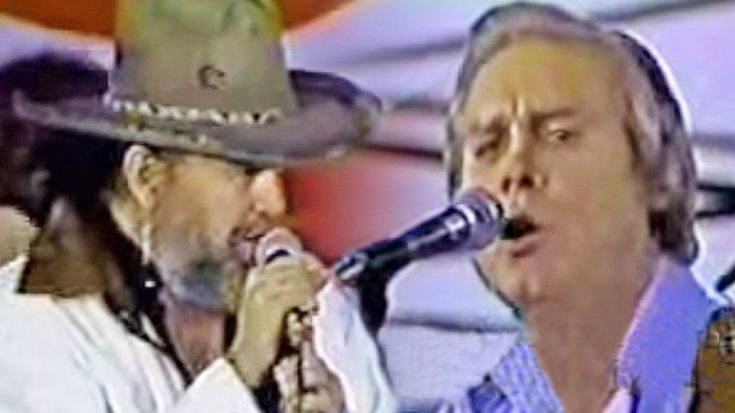 After more than 30 years, the song “Tennessee Whiskey” remains a country music staple. A string of successful recordings have led to its never-ending popularity, including Chris Stapleton‘s #1 hit version.

Due to the attention surrounding Stapleton’s version, few realize that he wasn’t the first to record it. George Jones‘ 1983 recording brought the song into the spotlight after it claimed the second place on the country chart. However, Jones’ version is often incorrectly attributed as the original one.

It turns out that David Allan Coe was actually the first artist to record “Tennessee Whiskey,” two years prior to the release of Jones’ version. He brought the song to the 77th spot on the chart, and set the framework for the success it would experience in later years.

Jones and Coe brought everything full circle at the Farm Aid concert in 1985. During the middle of Jones’ performance of “Tennessee Whiskey,” Coe walked out on stage and joined him in a duet on the first chorus.

Although Jones and Coe only shared the stage for a brief moment, it was one of the highlights of the 1985 Farm Aid concert. How awesome would it have been to be in the crowd to hear these two country legends sing together?

Footage from the concert surfaced on YouTube, which shows Jones’ memorable duet with Coe. Tune in below to see the footage yourself. These two brought down the house that day!

Once you’re done watching that, let us know which version of “Tennessee Whiskey” is your favorite…Coe’s, Jones’, or Stapleton’s? We love them all!