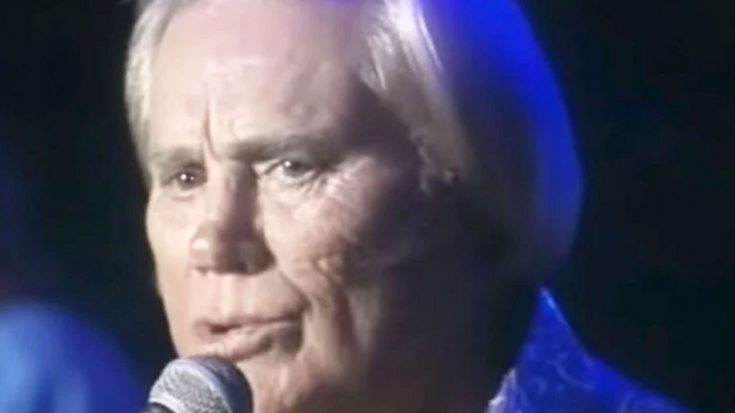 Country music legend George Jones had his audience reeling with emotion during a phenomenal performance of one of country music’s saddest songs.

Taking the stage to sing his ballad “A Picture Of Me Without You,” Jones was graced with a standing ovation deemed fit for a king. The audience was brimming with excitement as they erupted into cheers while Jones began to sing the song’s opening lyrics.

Jones’ voice was genuine as he crooned the heartbreaking words and took his fans on an emotional roller coaster. Earning yet another standing ovation upon the finale of his performance, the country legend was all smiles as he thanked his fans before the camera panned into the audience.

Released in 1972, the ballad was specifically written for Jones by Norro Wilson and George Richey. Despite the heavy use of string instruments, Jones’ vocals gave the tune all the country it needed to hold its genre and heart-wrenching message. His version peaked at number five on the charts and quickly became a staple at all his live shows.

Country singer Lorrie Morgan later recorded her own rendition of the ballad for her 1991 album Something In Red. Morgan’s tribute was also a notable hit, reaching number nine on the charts and was a huge success for the singer.

You can watch Jones’ emotional performance below.