By Manly Bryant on March 30, 2017
Advertisement 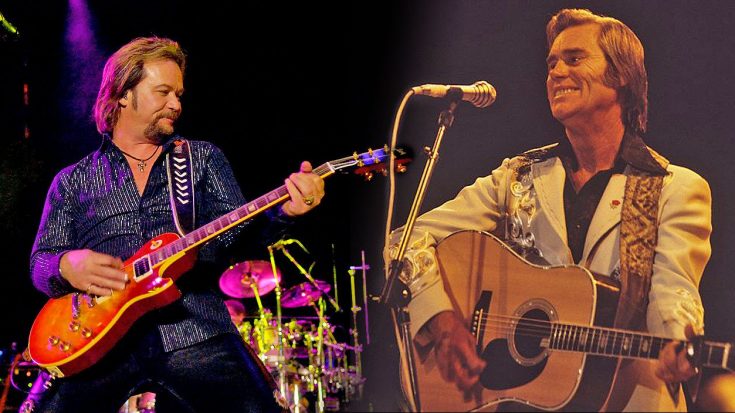 In a riveting twist on George Jones‘ unforgettable single “The Race Is On”, the legend recruited Travis Tritt for a killer duet that had fans tapping their boots and praying for a thrill ride!

Kicking off the epic number, Tritt’s vibrant vocals jolted listeners as he sang, “I feel tears wellin’ up/ Cold and deep inside/ Like my heart’s sprung a big break/ And a stab of loneliness sharp and painful/ That I may never shake.” The song’s incredibly upbeat and vivacious tempo served as a limitless adrenaline rush as the high-energy tune pressed on! Although blending their iconic vocals during the song’s chorus, these two stars were both given their turn in the vocal spotlight, as Jones rampantly stole the second portion of this riveting hit!

“One day I ventured in love/ Never once suspectin’/ What the final result would be/ How I lived in fear of wakin’ up each mornin’/ Findin’ that you’re gone from me,” Jones passionately sang. Win or lose, it’s hard to be gloomy with such a lively performance!

The tune was originally released by Jones in 1964 on his album featuring the same title, lyrically using a comparison between horse racing and romance to provide a timeless musical masterpiece. You can enjoy the incredible performance below.