By Miranda Raye on February 5, 2018
Advertisement 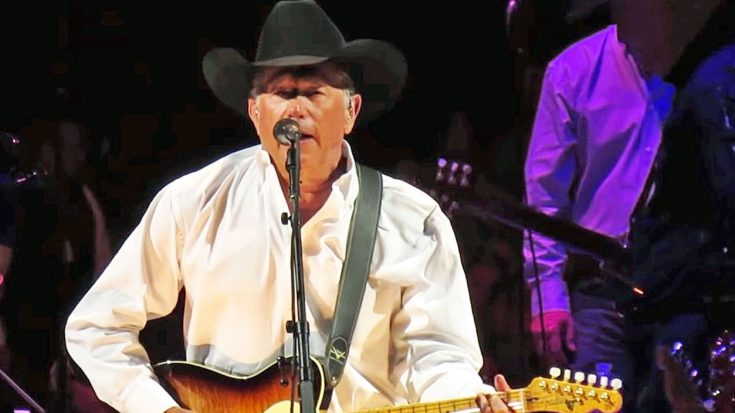 When one of the greatest country music artists to ever exist tells an entire crowd about how much they looked up to another artist, you know that other artist had to be a true gem. That’s certainly the case where Merle Haggard is concerned, as he managed to influence and inspire a large majority of country singers out there today.

One singer that Haggard left a lasting impression on was George Strait. While Strait may be known as “The King” of country music, he is quick to acknowledge Haggard’s contributions to the industry.

Prior to a performance in Las Vegas in 2018, Strait spoke highly of the artist that many referred to as “the poet of the common man,” saying that Haggard was, “One of the greatest singer-songwriters [and] musicians of my lifetime, that’s for sure.”

Because Strait has so much respect for Haggard and his music, he informed the crowd that he always likes to play a few of his songs to “keep that legacy going.” The nostalgia factor was enhanced by the guitar that Strait clutched in his hands, which he said was a replica of a guitar that Haggard used to play.

Strait used that guitar to accompany him on a sincere performance of one of Haggard’s classic hits, “Sing Me Back Home.” Released in 1967, “Sing Me Back Home” was written entirely by Haggard and was the first single off of his album of the same title. The song was a major hit, and climbed all the way to the top spot on the Billboard Hot Country Songs chart.

Since Strait is a traditional artist, his voice and style was a perfect fit for “Sing Me Back Home.” While we’ve heard many artists offered up their renditions of the song, we have to say that nothing beats hearing Strait sing it. Except, of course, hearing Haggard sing it himself.

You can catch Strait’s performance of “Sing Me Back Home” in the clip below. It’s quite noble of him to take time out of his set to honor Haggard’s life and legacy!