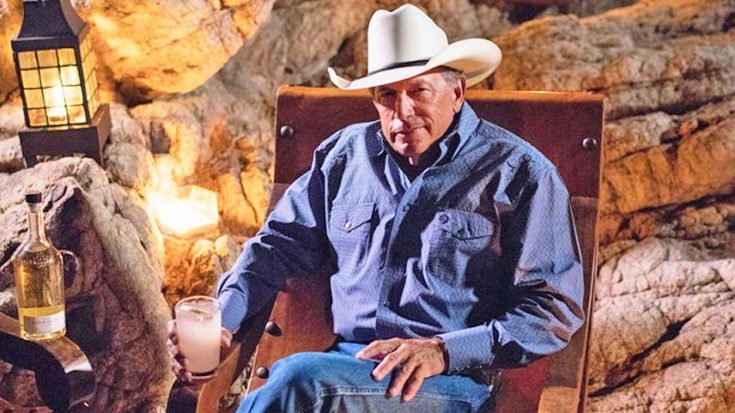 Although he is as clean and polished as they come, the King of Country Music does like to throw a few back, and when he does, the next morning isn’t so fun.

George Strait sat down with The Daily Beast to discuss his drinking habits, which definitely surprised us! When asked what his favorite drink of choice is, he said, “Water. I try to drink as much water as I can. And when I run out of water, I drink Codigo Tequila.”

He also tells them that he prefers his tequila añejo and on the rocks, and occasionally in a Paloma. Strait does enjoy wine with dinner, but besides that, it’s tequila for him! Jack Daniels does make an occasional appearance in his glass, but for the most part, he is sipping Codigo Tequila.

Since he apparently drinks so much tequila, he decided to invest in it! He is a part owner of Codigo Tequila, which he discovered while vacationing in Cabo San Lucas almost a decade ago.

A man who owns a tequila company and enjoys the spirit must have a hangover cure for those nights when he gets a little too rowdy. Strait spilled his hangover secret to The Daily Beast – menudo.

“When I happen to have the occasional hangover, which I try not do [sic], if I can get some menudo that’s what I get,” he tells them.

Menudo, besides being a Puerto Rican boy band that was hugely popular in the 80s, is a traditional Mexican soup made with beef stomach (tripe).

Although he makes it clear he does not like to drink before shows, he always has shots of tequila ready for him and his band after the show is over. They take a shot together before going out to do the encore.

He may not be “Drinking Champagne” anymore, but we’re sure his hangover cure has been the same for years!