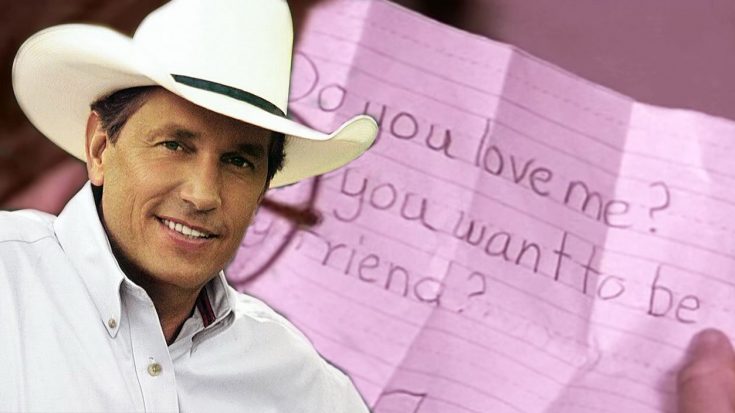 If country music legend George Strait isn’t melting hearts with his dazzling smile, his heartwarming love songs are definitely doing the trick! The singer, although having a wide variety of various ballads that have been swooning the cowgirls from day one, has held to one song in particular that captures the genuine essence of true love.

The song “Check Yes Or No” tells a romantic love story of two children who fall in love during their childhood, as the little girl writes the boy a letter asking him if he loves her. She tells him to reveal his feelings by checking either boxes labeled “Yes” or “No”, later getting married and starting a life of their own thanks to that one simple note.

The 1995 released song became a massive hit, skyrocketing to no. 1 on both the U.S. Billboard and Canadian RPM country chart!

Years after its debut, and the song is still referenced as one of the best love songs country music has to offer!

Listen to the song below and tell us what you think!