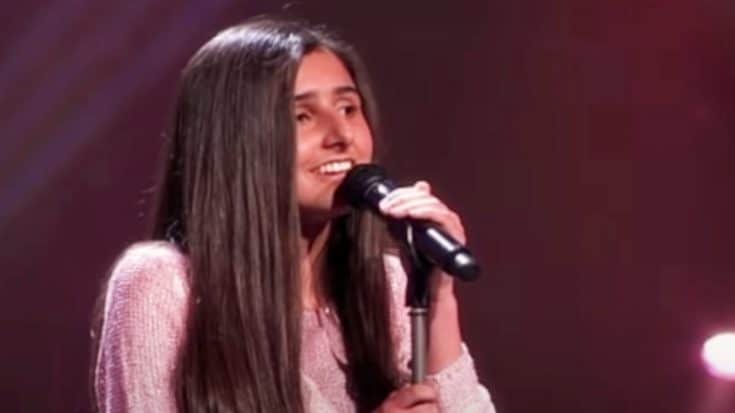 One of Dolly Parton‘s greatest songs is her 1973 single “I Will Always Love You.”

Written by Parton herself, the song became a number one country hit after its release. In 1982, Parton released a re-recorded version of the song, which also claimed the top spot on the charts. This accomplishment made Parton the first artist to earn a number one hit twice with the same song.

In 1992, R&B artist Whitney Houston recorded her own version of “I Will Always Love You,” which was a major chart success. Her version claimed the number one spot on the Billboard Hot 100, and remained in that spot for a total of 14 weeks.

Due to the success of both Parton and Houston’s versions, “I Will Always Love You” is one of Parton’s most-covered songs.

During the blind audition rounds for The Voice Kids one season, one young girl took to the stage to perform her own version of the song. She was hopeful that at least one of the three coaches would turn around and bring her on the show.

The girl, who is named Selenay, chose to perform “I Will Always Love You” in Houston’s style, and started off singing softly, with her voice barely at a whisper. As Selenay continued through the song, the judges held off on turning around, and it’s clear they were waiting on her to hit that iconic, chill-inducing high note.

Selenay didn’t disappoint, as she hit the note with an immense burst of power and passion, which prompted all three coaches to turn their chairs around for her. At the conclusion of the song, the crowd exploded with cheers and applause, proving how much of an impression Selenay left with her performance.

You can watch Selenay’s jaw-dropping rendition of “I Will Always Love You” in the video below.

We’re sure Parton would be beyond impressed with the beautiful way Selenay performed her song.