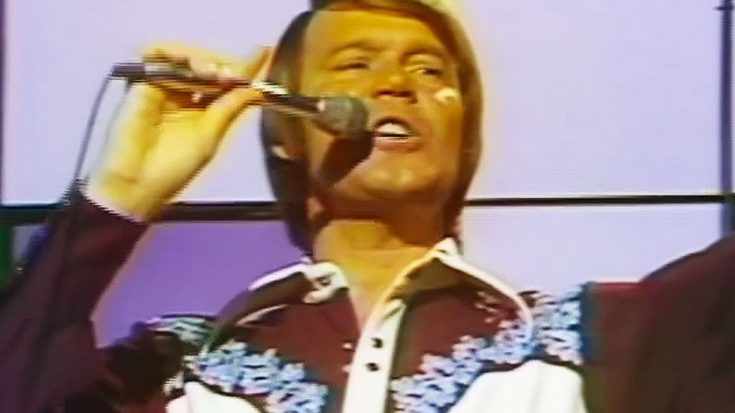 Country music legend Glen Campbell had his fans soaring with pride and faith when his incredible performance of a religious hit instilled the word of God into his listeners! The crooner, sporting countrified red and white attire, brought worship to a thrilling new level as his upbeat tune kicked off an unbelievable worship session.

“Well funny it seems as how everyone knows Him now/ Suddenly they have found someone who’s been around/ Back to the fold they come seeking His wisdom from a far/ I knew Jesus before He was a superstar,” he vibrantly sang! Tapping his foot to the beat and grinning from ear to ear, Campbell seemed to be having the time of his life while giving his convincing performance.

The heavenly song was released on an album, baring the same name as the lively hit, in 1973, The compilation embodied a variety of performances from various artists eager to share their faith and vocal capabilities!

We’re sure you’ll find an abundance of reassurance and livelihood in Campbell’s song, one of which has continued to resonate with fans of various generations. You can check out the performance below!