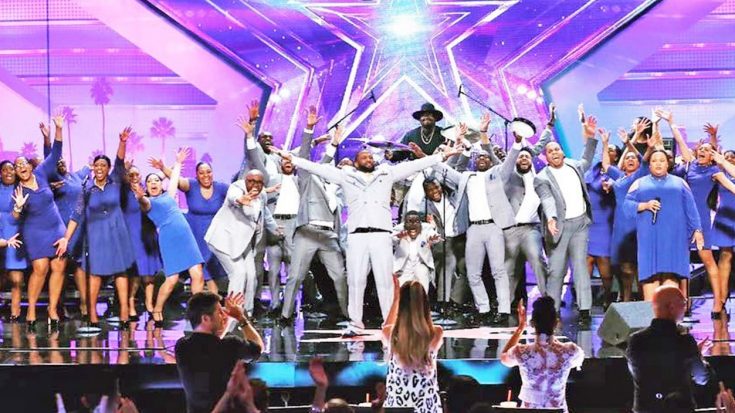 If y’all aren’t sitting down, you’re going to need to. While we normally sing worship songs standing up, once you watch DaNell Daymon & Greater Works gospel choir perform, they will, quite literally, blow you away.

Singing the classic Aerosmith song “I Don’t Wanna Miss A Thing” during the semi-final round of competition on America’s Got Talent, a female soloist started off the performance a cappella and a few lyrics in, the choir backed her up with their heavenly harmonies.

One male singer joined her for a solo, and after the choir’s signature key change, that’s when things got interesting! The 30+ person choir upped the energy and changed the feel of the song to be a true gospel song with a call and answer section between the choir and the lead vocalist.

By the end of the performance, we completely forgot it was an Aerosmith song – it sounded like a tune we’d hear every Sunday morning! They earned a well-deserved standing ovation from the four judges and the entire audience!

DaNell Daymon & Greater Works aren’t the only people to cover this incredible song. Country singer Mark Chesnutt did so in 1998, and his version spent two weeks at the top of the country charts in early 1999.

Watch their incredible semi-final performance below, and tune in Wednesday night (Sept. 7) to find out if they did enough to advance to the finals.