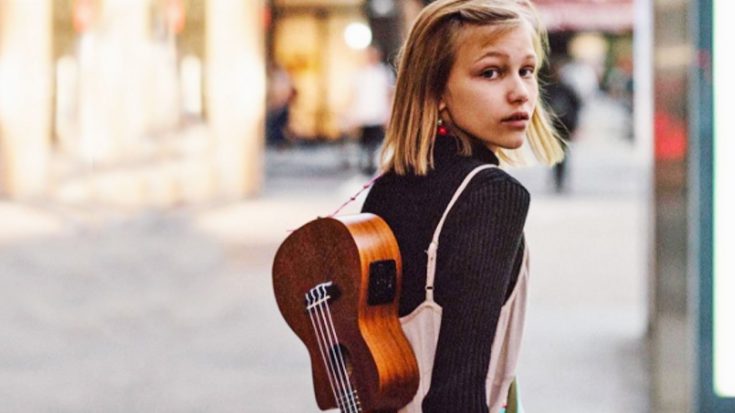 America’s Got Talent champion, Grace VanderWaal, debuted a chilling new video for her haunting original song “Gossip Girl.” The song gives voice to the quiet epidemic happening throughout schools across America, the acceptance of bullying as a staple in children’s everyday life.

The video starts with the ominous sounds of whispers many young people hear said about themselves in hushed tones. Her melodic voice later transitions in to overlay alongside the whispers until they come to hush all together, completely overpowered by her vocals.

“Not trying to point any fingers, but I’ve heard the whispers/ Not trying to point you out here, just making the facts clear,” sings VanderWaal. “You are the gossip girl/ I thought you were real to me, but you’re just plastic girl.”

“Gossip Girl” acts as a predecessor to her hit song “I Don’t Know My Name” that won her place in hearts across the nation as well as the AGT season win. In “I Don’t Know My Name” Grace hinted that she experienced a bit of mean girl drama, but not until her release of her latest song did fans understand quite how bad it was for her.

The deeply personal song can give solace to young people who find themselves in a similar situation as hers. You can watch her heartbreaking video for “Gossip Girl” below.