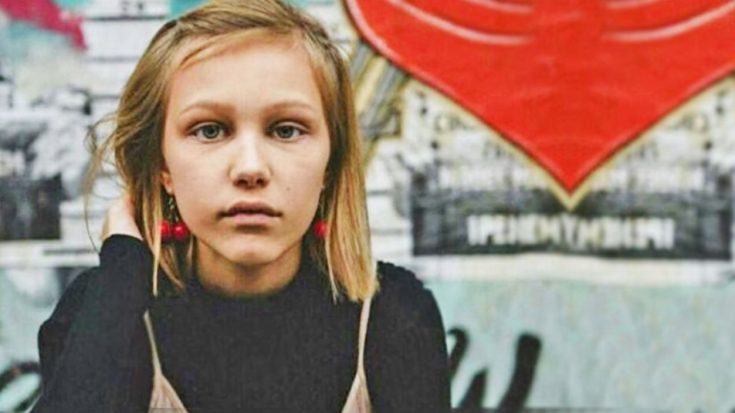 The album consists of all the original songs she performed during her time on AGT, including a haunting new song the 12-year-old ukulele player describes as her favorite, “Gossip Girl.”

“Gossip Girl” begins with the chilling sound of whispering before VanderWaal comes in with the opening lyrics. Her melodic voice quickly over-powers the cruel whispered words with a bold counter-attack on their lies. The young singer hinted at her status as an outcast in her signature song “I Don’t Know My Name,” but opens up further in her new song explaining the nature that made her go from “bland and popular” to “joining the marching band.”

“Not trying to point any fingers, but I’ve heard the whispers/ Not trying to point you out here, just making the facts clear,” sings VanderWaal. “You are the gossip girl/ I thought you were real to me, but you’re just plastic girl.”

The deeply personal song tells the story of when she realized that someone she thought was her best friend transformed into her enemy, a sad realization many of us have had to come to terms with.

VanderWaal debuted her EP Friday (Dec.2) and can be purchased at Target and Walmart, as well as available for streaming on Spotify and Apple Music.