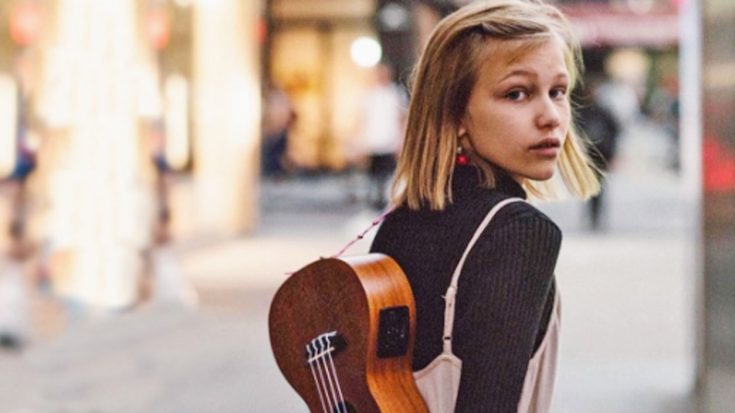 After making history as second youngest winner of America’s Got Talent, fans have been eagerly awaiting to see what 12-year-old Grace VanderWaal does next. Two months after her Season 12 win, the ukulele strumming singer-songwriter has finally released her first full-length recording.

Staying in theme with her AGT days, VanderWaal recorded her signature song, “I Don’t Know My Name,” that won her both Howie Mendel’s “Golden Buzzer” at her audition as well as the season itself with her moving final performance. Uploaded to her new VEVO page, the young singer uploaded the full lyric video featuring art work submitted by her growing fanbase.

She also announced on her Instagram account that her debut EP, Perfectly Imperfect, will be released Dec. 2 and is currently available for pre-order on her site, GraceVanderWaalOfficial.com.

A year ago I auditioned for @nbcagt and my life changed forever. Today I'm announcing my #PerfectlyImperfect EP out 12/2 ?❤️ #MiraclesDoHappen First song and pre-order come out Friday ? I can't wait to share it with you guys. This is just the beginning.

It appears that this is just the beginning for the young singer. You can watch her full-lyric video below and be sure to let us know what you think in the comments!