By Manly Bryant on July 8, 2015
Advertisement 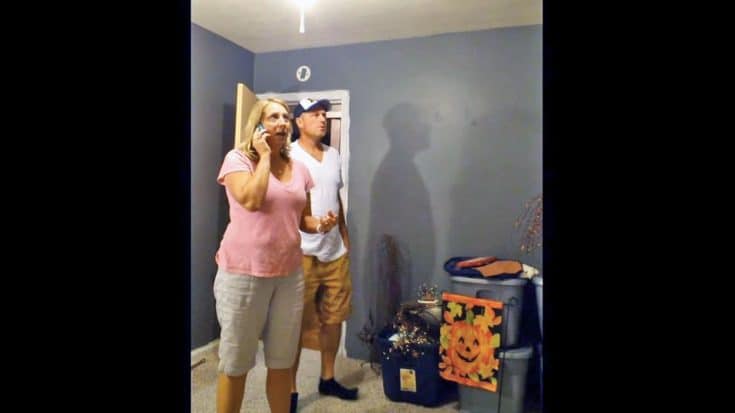 As if receiving the news of being pregnant isn’t exciting enough, one couple decided that your typical run of the mill announcement just wasn’t enough! Rather, these two decided to surprise the grandparents to be with a very indirect reveal all while capturing the moment on a hidden camera.

The future mommy and daddy created this wall mural to subtly depict their pregnancy, showcasing the hint in a vacant room for the in-laws to walk in on. And that they did, as both were completely confused and baffled by the items featured on the wall! The mother-in-law, amidst a cellphone call, strolls into the room with her husband trailing behind her. She notices the items and gasps, exclaiming, “What is this?” Her husband makes his way into the room as she abruptly tells her phonecall, “I gotta go. Bye.” Upon gathering the information, the wife is thrilled and runs out of the room as she shrieks, “I’m gonna pee my pants… You’re lying, aren’t you?”

As the father of the mommy to be is left in the room alone, sheer joy fills his body as he begins to jump and dance for joy! Check out the hilarious reveal below!