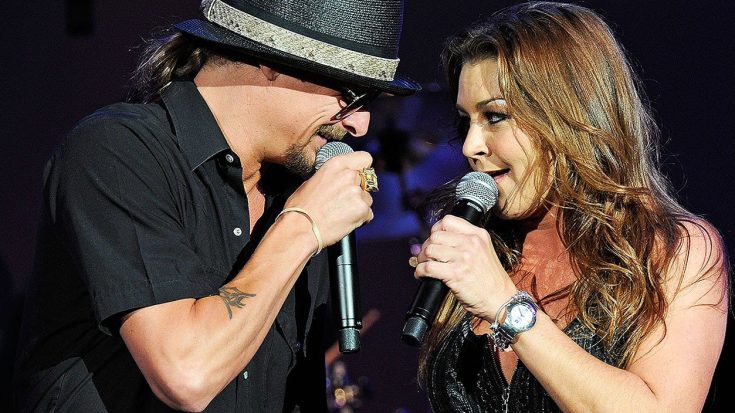 As Gretchen Wilson makes her long-awaited comeback into country music, the star had quite a bit to reveal about her newest duet with fellow singer Kid Rock. Sitting down with Taste Of Country, the tougher than nails star touched on her previous withdrawal from music to raise her daughter, Grace, as a single parent. “I got a teenage daughter, I’m a single mom, so I’m sure all the parents out there know there comes a time when they hit a certain age that you just gotta be there full-time,” she explained.

Admitting that her daughter was perhaps a partial catalyst to her re-entrance into the music scene after encouraging her to “get a life”, Wilson broke down the dynamics of her newest album Ready To Get Rowdy. “I wrote the whole album! This is the first time I wrote every song on the album, so I’m really proud of it,” she grinned.

Delving into her featured duet on the compilation, Wilson answered a handful of questions pertaining to her vocal partner for her fiery tune “Bad Feelings”, Kid Rock! Revealing that their post-show rowdiness is evenly matched, Wilson explained her excitement when the singer’s vocals surpassed her expectations. “I sent him the song and he said he would sing on it and I thought he was gonna sing an octave lower than that. I was amazed when he sent me the track back!”

Wilson added that her new album is “typical Gretchen”, reminding her fans that she is not a follower of trends and enjoys singing to the beat of her own tune. Her duet with Rock gave fans a fresh introduction to the “Redneck Woman” they’ve missed for the past few years, filling the fiery craving that only this saucy gal could fix!

Be sure to listen to Wilson’s duet with Rock below and snag a copy of her newest album, Ready To Get Rowdy!