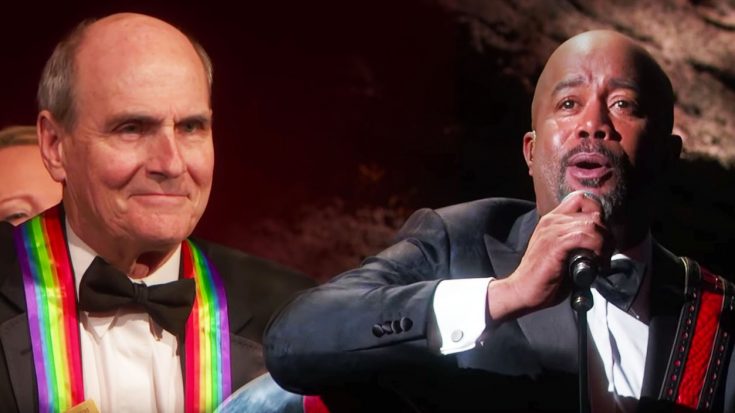 Truly one of the best performances of the night, this legendary country and rock star brought the audience to their feet after delivering this emotionally-charged mash-up of songs.

Darius Rucker, former frontman to Hootie & The Blowfish, and now country music superstar, captured America’s heart once again with his masterful performance of “Sweet Baby James” and “Carolina in My Mind” during the 39th Annual Kennedy Center Honors ceremony that aired on December 27th.

He sang these two unforgettable hits in honor of musical genius, James Taylor, who was being celebrated for his incredible contribution to American culture. Taylor also was recently awarded the Presidential Medal of Freedom just a year earlier.

One of the best-selling artists of all time, James Taylor is known and beloved not only here in America, but worldwide as one of the greatest musicians to ever have lived.

In this heartfelt and emotional performance, a select medley of songs was brought to life by the one and only Rucker who has championed his own stunning career across multiple genres as well.

Watch this once-in-a-lifetime performance in the video below!