By Manly Bryant on August 10, 2016
Advertisement 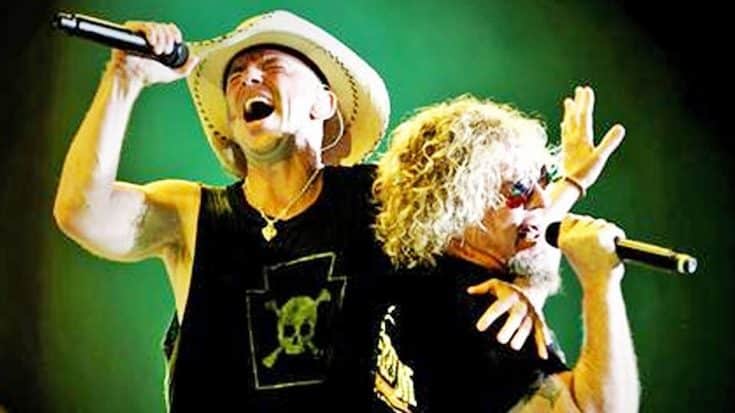 Taking attendance records to a whole new level, this country superstar decided to give the audience something special.

According to Taste of Country, Kenny Chesney played to an incredibly packed house this last weekend (August 6th) at Levi’s Stadium in Santa Clara, California. Previously, the attendance record had been set by Pink Floyd over 20 years ago.

During his ‘Spread The Love Tour’ stop at the stadium, Chesney set an entirely new record of attendance – but he wasn’t done making headlines there!

Halfway through his concert, the longtime country favorite decided to crank up the heat with a wildfire duet that nobody saw coming!

Rock legend Sammy Hagar jetted out from stage right to pair up with Chesney for a supersonic duet of his signature song, “I Can’t Drive 55”!

The song was a massive hit when Hagar first debuted it in 1984, and has been listed as one of VH1’s “100 Greatest Hard Rock Songs”.

Watch this powerhouse performance in the video below and let us know what you think in the comments!