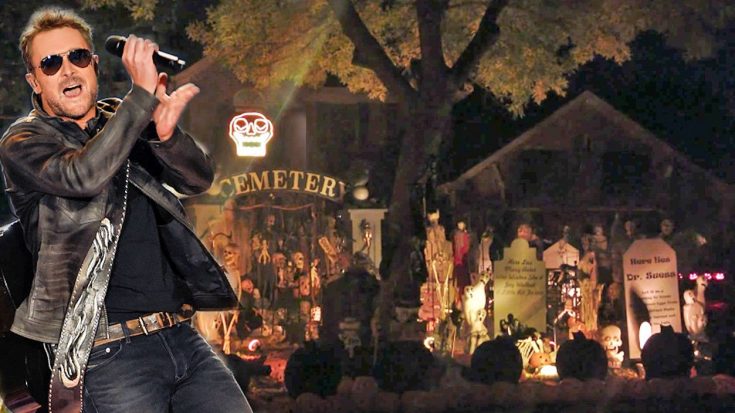 It’s officially the spookiest time of the year again, bringing with it a plethora of orange lights, fake spider webs, and an army of ghosts and ghouls decked out on houses across the nation. One awesome family put all their neighbors to shame with a mind-blowing synchronization of Eric Church‘s “Creepin’.”

A house located in Naperville, Illinois was transformed into a haunted graveyard, an orange-lit singing skull located above the cemetery sign singing Church’s hit as the lights danced along to the beat of the music.

While not in anyway a Halloween song, “Creepin'” perfectly matches with the theme of the holiday.  “Creepin'” was co-written by Church and critically acclaimed songwriter Marv Green for his album Chief.

The song earned him a Top 10 hit on country radio and gives off an eery vibe, the narrator describing the memory of a former lover constantly “creepin'” into his mind.

You can watch the mind-blowing video below.