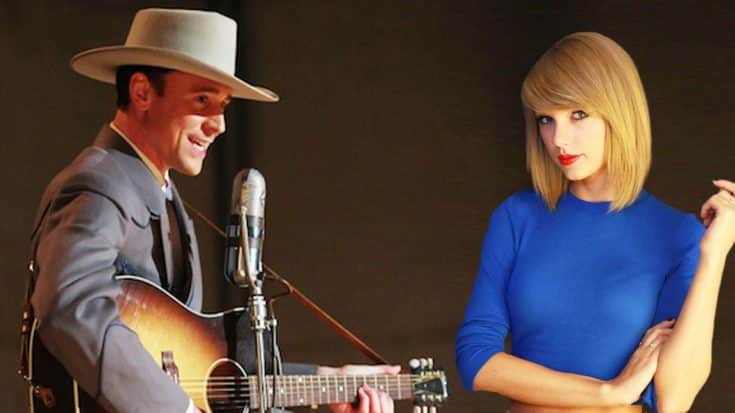 After photos surfaced showing the two kissing, the actor finally opens up about what’s really going on between him and the country crossover artist.

All of the new relationship talk for Taylor Swift and Tom Hiddleston came just two weeks after she had announced her split from longtime boyfriend and DJ, Calvin Harris.

Since that time, Hiddleston, known for his acting career and recent portrayal of Hank Williams Sr. in the biopic, I Saw The Light, has been spotted with Swift on multiple occasions and now, it appears he is the first one to speak publicly about it.

Speaking in an interview with Belgium’s Qmusic Radio, Hiddleston told the hosts what he really thought of his newfound relationship.

“I would describe it as a roller coaster,” he began telling the host, Martin. “[A] ride of action and spectacle and lots of laughs.”

And then, telling the show what Swift is like as a partner, he says:

“She’s an absolute delight! She’s got such a wicked sense of humor and she’s a really fun person to have around. She’s really great.”

The interview was posted on June 17th, just two days after the pair were caught kissing on a New England beach, and following the publication of those, Swift’s ex seems to have become a tad bitter.

When Swift and Harris first split, a source confessed to People that “No one cheated”, but there have been rumors circulating that Swift’s relationship with Hiddleston began before she broke it off with Harris.

Listen to the full interview below and let us know what you think in the comments!